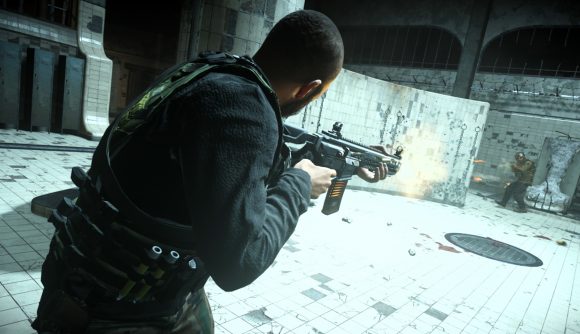 Two new updates have arrived in Call of Duty: Warzone this week, including some significant changes to the way the Gulag works. As well as gameplay changes, the update brings new limited time mode Classic Battle Royale, which will allow players to try out Warzone without buy stations, contracts, and more.

According to the developer’s latest blog, new weapons have been added to the Gulag. Now players hoping for a second chance in Verdansk will find SMGs and assault rifles like the AK-47, M13, Kilo 141, Ram-7, Striker 45, and more in the Gulag. This should open engagements a bit more and stop players from rushing every single time.

A new armour box has also been added to the game. Similar to a Munitions Box, it can be found on the ground, in supply boxes, or bought at buy stations, and will allow entire teams to replenish their stock of armour plates before rushing into battle.

That’s it for gameplay changes, but in order to keep the playlist fresh, Infinity Ward has also added Blood Money Quads back into rotation, as well as the new limited time mode Classic Battle Royale. Just be careful if you play this though, because it comes without all the bells and whistles of classic Warzone. There’s no buy stations, contracts, or second chances.