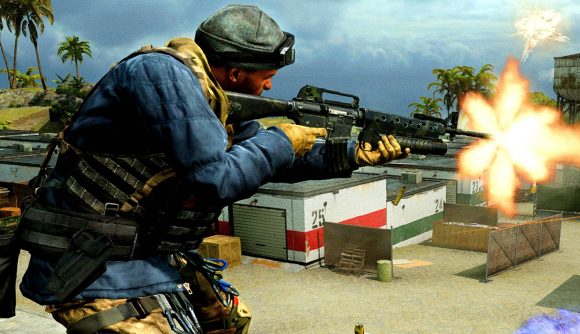 It might not be officially called Warzone 2 (yet), but the sequel to Raven Software’s popular free-to-play Call of Duty battle royale is coming and fans can’t wait to jump into the new-and-improved experience later this year. Of course, there’s going to be a fair bit of new content to explore in Warzone 2, but leakers have found evidence that a number of existing Warzone perks are going to make an appearance in the sequel.

Shared on Twitter by data miner ‘RealityUK’, leakers have found (using the files of the unreleased Warzone Mobile) that a number of perks you’ll be familiar with if you’ve played Warzone or Modern Warfare 2019 are going to make an appearance in the battle royale’s sequel. In the Warzone Mobile files, these perks are reportedly tagged with ‘iw9’ – which has been interpreted as a reference to their appearance in Warzone 2.

To quote the full list, players should expect to see the following: Amped, Engineer, Restock, Ghost, High Alert, Overkill, Battle Hardened, Kill Chain, Scavenger, Shrapnel, and Cold-Blooded. These are all perks currently available and we’re not expecting what they actually do to change

In addition to the perks, as you can see if you follow the Twitter thread below, a handful of killstreaks and field upgrades have also reportedly been found with the ‘iw9’ tag alongside the possibility of a new sidearm and a new marksman rifle. Cluster Strike, Deployable Cover, UAV, and Munitions Box should appear.

Bare in mind, these are not all the perks, just those that are currently in the WZM files, with the 'iw9' tag.

Of course, it’s worth taking all of the above with a pinch of salt – we all expect to see Ghost show up in Warzone 2, but the files for the upcoming Warzone Mobile game are an unusual place to find it. Still, despite the fact that COD Mobile is a standalone experience, it does share content with the main Call of Duty titles and it isn’t outrageous to think that Warzone Mobile will follow suit.

If you’re looking forward to the Warzone 2 release date, you can find out more about the Warzone 2 map leaks we’ve seen surface online right here. It’s also worth noting that your your Warzone progression and skins will not carry over to Warzone 2 – which is a shame for those of us who have spent more than enough COD Points on cosmetics.