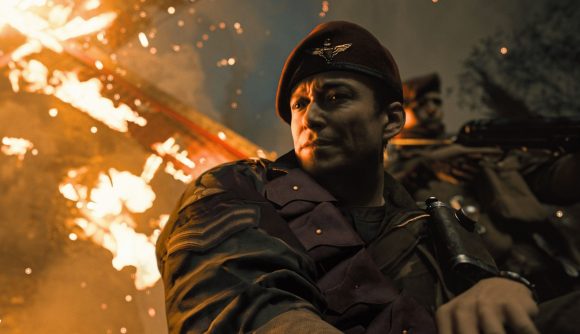 The Call of Duty series has seen seemingly unending popularity over the past decade, even when its yearly releases don’t quite hit the mark. According to an Activision Blizzard investor report, however, Call of Duty has actually been underperforming.

The report states that Call of Duty engagement declined across both console and PC in Q4 of 2021. This includes receiving fewer sales for Call of Duty: Vanguard compared to 2020’s Call of Duty Black Ops Cold War, with Call of Duty Warzone also suffering a dip in player numbers and interest.

Interestingly, Call of Duty Mobile saw a strong growth in users and profits, which Activision Blizzard puts down to the title’s Chinese release on December 25. The fact that a mobile release of Call of Duty is a significant point to note, however, and the title even made the company $14 million in China alone in its first week of release there.

Information about what’s on the agenda for this year’s Call of Duty is pretty sparse at the moment, but the investor document does reveal that Activision intends to “drive renewed expansion in the Call of Duty franchise later in the year with ground breaking all-new experiences.” Whether this is just hot air for investors or whether we will actually see something “ground breaking” in this year’s inevitable November Call of Duty release is yet to be seen.

Contrastingly, other Activision Blizzard titles have seen a boost in popularity. Diablo II: Resurrected, the remaster of the looter-slayer original, outsold all other Activision Blizzard remasters across the same period of time. World of Warcraft has also had its strongest period of growth outside of a year where an expansion was released for its Modern version in a decade.

This comes after it was recently announced that Microsoft was acquiring Activision Blizzard for the princely sum of $68.7 billion, which itself came after Activision Blizzard was criticised for its alleged mistreatment of employees that brought about a lawsuit from the US state of California last year. It will be interesting to see if any of these changes are reflected in the quality or direction of Activision Blizzard’s upcoming games releasing in 2022 and beyond.