The NZ-41 might not be the most popular weapon in Call of Duty: Vanguard – looking at you, STG-44 – but it still has plenty to offer up. The NZ-41 kicks out phenomenal firepower on a level with most LMGs in the game, but it is cursed with recoil that gets worse with sustained fire, limiting its potential.

Still, fix this and it’s a capable weapon and something a little off the beaten track, too. The NZ-41 is based on the Charlton Automatic Rifle, a rare-as-hell real world weapon of which only 1,500 were ever made.

Our best Vanguard NZ-41 class is all about making you effective at mid-range. To get the best out of NZ-41, you’re going to want to engage in short bursts and keep hitting and moving. You’ll destroy most players up close, but things will go badly for you if you get caught out while reloading.

Here is the best Vanguard NZ-41 class in full.

The NZ-41 is better at mid-range than a lot of other weapons in Vanguard so let’s break down the build a little bit. The F8 Stabiliser is becoming the go-to for just about every Vanguard set-up, upping the range of anything it’s attached to while also bringing recoil right down. We’re going to use it here too, at least until it gets nerfed.

Elsewhere, the Orbweaver 360mm BC, Carver Foregrip, Pine Tar Grip will all help boost your recoil control and make the gun workable at medium-range. You still cant engage at long range with the weapon, but considering the close-quarters of many Call of Duty: Vanguard maps, you should be absolutely fine engaging wherever.

Elsewhere, we’ve gone for the Frenzy proficiency, which will make you start regenerating health as soon as you get a kill – this is invaluable as Stims, previously a beloved accessory for the community, don’t seem to have quite the same kick in Vanguard. This will keep you going during longer kill-streaks. See also the .303 British 20 Round Fast Mags. These mags help you reload even faster although you’ll have a slightly low mag capacity to compensate. 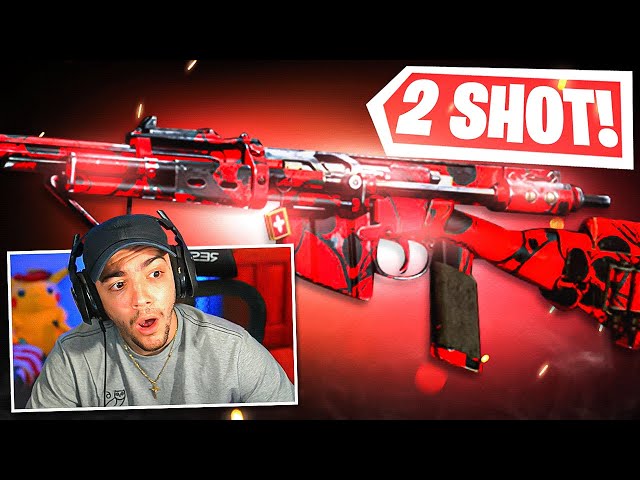 Still, Fully Loaded means you’ll always have a ton of bullets and can go ham in fights, although if you find you’re really having trouble staying supplied, the Scavenger perk will turn every one of your kills into a little ammo dump for you to collect.

Finally, Lengthened increases your bullet velocity, meaning you’ll have an easier time of hitting moving targets and in many mid-range firefights your bullets will be crossing the distance to your enemy faster, which should put them down quicker. Finally, Fully Loaded means you’ll always have a ton of bullets and can go ham in fights.

Your optics choice should really be personal preference, with the Slate Reflector proving a popular choice for pretty much every gun. However, we’ve had great results with the G16 2.5x which has a nice clear sight picture while the magnification frees you up to make accurate long-range shots if needed.

As we get closer and closer to Vanguard’s Warzone integration and the Vanguard ranked mode, it’s too soon to say what will be tweaked and changed, but we’ll keep the guide up to date to ensure your new best friend is always as effective as possible.