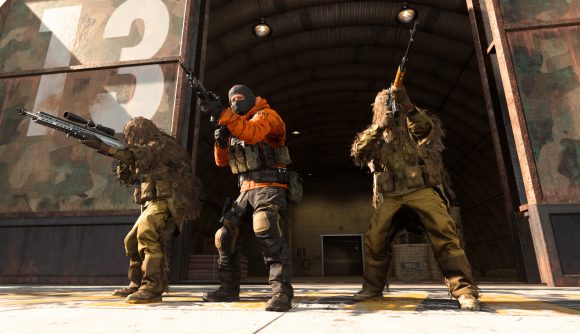 Don’t worry, if you’ve not quite got the hang of playing quads in Call of Duty: Warzone, then you’ll be happy to hear that trios has returned to the game. The mode, which was removed with the launch of Season 3 content, has been added back to the game by Infinity Ward following a barrage of negative feedback on social media.

This means that solos, trios, and quads are available for players to dive into, upping the amount of modes available before. Given that Warzone attracted 15 million players on launch, we can’t imagine having all three modes live will have that much of a detrimental effect on matchmaking either.

But despite adding the battle royale’s original launch made back to the game, some fans still aren’t happy with what’s on offer. That’s because after a full month, duos still isn’t available in the game.

However, it looks like that’s about to change soon. An image of duos mode was accidentally uploaded to the game’s official website and promptly taken down again, suggesting that we might be seeing pairs dropping into Verdansk a lot sooner than we thought.