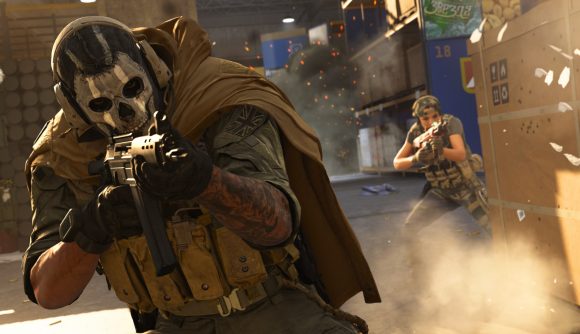 Call of Duty: Modern Warfare’s long rumoured battle royale mode will be released in early March, according to a new report. The mode, which has been largely datamined, as well as teased by Activision and Infinity Ward, will be called Call of Duty: Warzone, and will be available as a free standalone game.

Warzone is the lovechild of Infinity Ward and Raven Software, and despite rumours that its launch is imminent, a source tells Video Games Chronicle the battle royale is “at least a few weeks away” and will likely release in “early March.”

All Modern Warfare players will immediately get access to the mode when it launches, and new players brought in by Warzone will be offered the chance to upgrade to Call of Duty: Modern Warfare according to the report.

Progress in Warzone is likely to be tied to the battle pass too, so players can unlock new cosmetics and weapons as they progress on the battlefield.

Although we don’t know much about the game yet, we do know that influencers and streamers will be invited out to capture footage of the mode this week ready for the initial content push. This means the game’s build is pretty much ready to go.

So if you’re excited for a 200-person battle royale, keep your eyes peeled for more information.