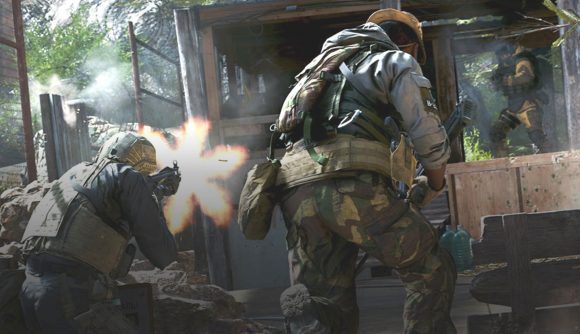 Racist and hate-orientated names have no place in Call of Duty – let alone any online multiplayer – and Infinity Ward is finally doing something about it. The developer says it needs to “do a better job” when it comes to moderating discriminatory language in names and clan tags, so it’s going to step up its efforts in both Call of Duty: Modern Warfare and Call of Duty: Warzone.

“There is no place for racist content in our game,” Infinity Ward says in its latest statement published on Twitter. “This is an effort we began with launch and we need to do a better job. We’re issuing thousands of daily bans of racist and hate-orientated names. But we know we have to do more – and we are.”

The company has promised to issue more bans – including permanent ones – for racist content in Call of Duty games, while adding more filters and restrictions to the process to stop some players from even getting that far. Infinity Ward is also looking into adding more resources to monitor content in-game, as well as refining its reporting system.

The company’s decision to take harsher action on players using discriminatory language in Call of Duty comes just days after a number of screenshots and videos were shared online which showed a number with racist and anti-Semitic usernames.

These changes, especially the new restrictions, are long overdue in Call of Duty. Hopefully we’ll start to see Infinity Ward’s moderation efforts have a real effect on tackling toxicity and racism online.