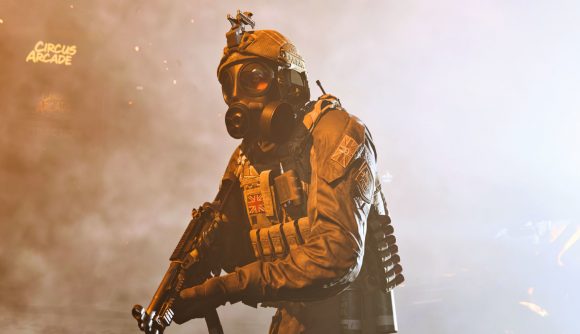 Detonating an enemy claymore by shooting it will no longer kill you if you’ve got full health in Call of Duty Modern Warfare, thanks to the game’s latest update.

The update, which was released earlier today (November 8), fixes a number of bugs including crashes and mission progress, reduces the amount of chatter from operators in the game, changes the audio of footsteps, nerfs a number of guns, and more. Two new maps Shoot House and Krovnik Farmland, have also been added to the game.

Infinity Ward focused on the changes following community feedback from the launch of the game last month. The 725 shotgun, which was significantly overpowered and used by a large proportion of the playerbase, has finally had its damage range reduced, although the ADS speed and hip spread has been increased.

To tackle the footsteps volume noise, Infinity Wards has increased the occlusion percentage, so that footstep sounds now depend more on the environment and distance. The devs have confirmed that an additional update that will make crouch and ADS movement quieter will be coming in the next update.

In addition to the above changes, Modern Warfare also has new playlists and a new mode. Hardpoint has been added to the mode rotation, and a playlist for Shoot House has been added, rotating Team Deathmatch, Domination, Kill Confirmed and headquarters.

You can read the full patch notes on Reddit here.