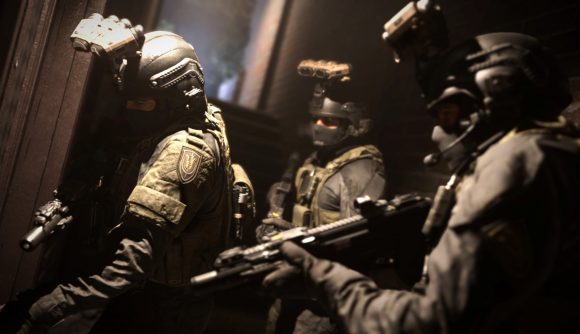 There is finally light at the end of the tunnel for Call of Duty fans disappointed with Vanguard’s World War Two setting, as Modern Warfare 2 rumours now indicate that not only will we be getting a release date announcement and some trailers soon, but we’ll also be getting out hands on an alpha build of the game in the coming months.

According to Ralph Valve, a known Call of Duty insider, the next Modern Warfare 2 teaser will come on June 2, with a full on reveal and trailer coming on June 8. The reveal is slated to give us a substantial look at the game’s all-new engine, information about its multiplayer modes, as well as a showcasing of the rumoured new mode called DMZ, which is said to be inspired by Escape From Tarkov.

‘TheGhostOfHope’, another Call of Duty leaker, has provided more details on what we can expect from the fabled DMZ mode, taking to Twitter to say that DMZ “will include a marketplace where items can be bought and traded. You are able to earn skins, blueprints and more from DMZ that are usable across multiplayer and eventually Warzone 2.”

Footage from a single player level of Call of Duty Modern Warfare 2 is expected to be shown to Summer Game Fest’s audience the day after the trailer reveal on June 9. From there, it’s only a short hop to players getting their hands on the game in August, when the alpha is speculated to go live. This is how events are due to play out if the rumoured information is accurate, but the close proximity of Summer Game Fest lends credence to the speculation.

It seems we won’t have long to wait until we see more of and play Call of Duty Modern Warfare 2 and with it DMZ. As well as a new main series game, fans can also start to get excited for the Warzone 2 release date, with the battle royale’s sequel launching with the same new and improved game engine as Modern Warfare 2.