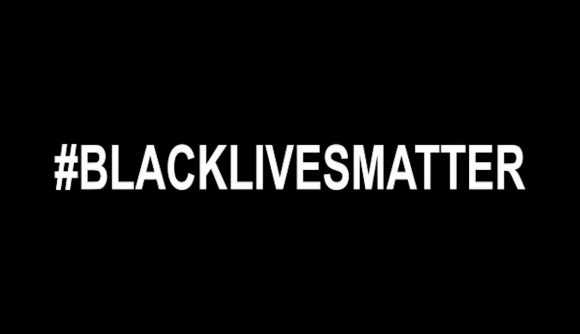 Last week Network N made a post about the Black Lives Matter movement and what we are doing internally to champion change within our own community. We are donating advertising space to charitable causes, finding new ways to work with BAME freelancers, and opening discussions internally about combating racism – but we recognise this movement isn’t about just what we are doing.

Upon further reflection, we think it’s crucial we not only publicly state our position and the actions we are taking to support the movement, but also urge our community and readers to take action too. This fight is about every one of us actively choosing to be anti-racist, anti-bigotry, and pro-equality in all spaces we occupy and we implore you to do the same.

This post will list some of the things we can all do to promote black voices, BAME individuals, and support the cause however you can. You may not be able to donate or physically protest, but there are still ways you can participate and educate yourself and others on the conflict at hand.

HOW DID WE GET HERE?

By now you have heard the names George Floyd, Breonna Taylor, and Ahmaud Arbery in the last weeks. Three victims of a racist system, the first two killed by police and the third killed by a father and son. Using a forged $20 note, residing in her own house, and jogging were enough for these black individuals to lose their lives.

These cases are symbolic of the many black people who have suffered at the hands of others. Years of distress and fear in those communities has reached a boiling point and you can see the shockwaves across the globe.

In the last few weeks, video after video has shown police brutality at an extreme level. Looking the other way no longer works because wherever you look, whatever platform you are on, you see violent images of civilians and law enforcement clashing. It’s no longer just black bodies in these videos, it’s all protestors. Distressing imagery has only underlined the injustices at hand. It’s not easy to confront these realities – in fact, it’s very hard, but if you want to help forge a new world with us, here is how you can do that.

First, we ask, if you are able to sign petitions do so. The following petitions demand justice for Breonna Taylor, Ahmaud Arbery and George Floyd. If you cannot protest, your voice can be heard this way.

Donating money is undoubtedly a meaningful way of contributing to the fight against racism and racial injustice. There are a number of charities you can contribute to, but these are the fundraisers and charities that we would like to direct you to initially:

The Black Lives Matter US movement

POC in Play
POC in Play is a diversity campaign in the UK for people of colour in the games industry. Not limited to any one career path, it is a great place for minority individuals to meet and lift up each other’s work.

This is a long fight – a long journey we are going to have to take together. If you are confused or upset at this time – it’s okay, we all are. It is violent, it is brutal, and it is scary. Feeling drained or tired by the images you have seen, or fatigued by constant reevaluation and discussions, is understandable please also remember to take care of yourself.

If you are a black person deeply affected by these issues and need assistance with your mental health, the Black Minds Matter organisation may be able to assist you.

Otherwise, there are mental health apps which may help you too. Headspace is currently running a year of free Headspace plus for those who are unemployed.

If you’d like more education on the topic of blackness, there are resources you can access to understand this subject further.

Why I’m No Longer Talking to White People About Race by Reni Eddo-Lodge
An extensive look at the British attitude to race. Originally a blog post by Reni Eddo-Lodge inspired her to compile a history and discussion of the topic in one book. If you don’t have a way to access it right now, here is an excerpt.

Brit(ish) by Afua Hirsch
A more personal look at how growing up in the UK as a person of colour can define your life. All about how race affects your every day and the history of the UK is an awkward topic to navigate in our current society.

How to be an Antiracist by Ibram X Kendi
Perhaps the closest book you can have to a guide on active antiracism and why we should all be anti-racist, not just apolitical. A guide book and education in actively denouncing racial injustice.

Mixed-Raced Superman by Will Harris
A much shorter and more broad book on the topic of race. While not about anti-black racism entirely, it is a much more bitesize piece of literature which helps people understand and empathise with multi-nationality and racism people of colour receive.

GamesRadar+ has also published an extensive and well-written piece by Elle Osili-Wood. That post has more literature you can explore and advice on how to hold police and officials accountable.

If we all take steps together to educate ourselves, make our voices heard, and actively denounce racism, the world will and can be a better place for all. Black Lives Matter.