When you think of Battlefield games, it’s hard to ignore the incredible mods and custom games made by fans. Whether it’s Battlefield 1942’s Desert Company or Battlefield 2’s Sandbox, the creativity of fans cannot be understated. That’s why, with Battlefield 2042’s new mode, Battlefield Portal, there’s plenty to be excited about.

Portal sees the worlds of Battlefield 2042, Battlefield 3, Battlefield 1942, and Battlefield Bad Company 2 come together in a mish mash of sandbox goodness. In a similar way to Fortnite Creative, players can create their own custom experiences using remastered assets from all four games. As well as swathes of weapons, equipment, and vehicles,, there are plenty of Battlefield maps on offer too, including some blasts from the past.

All these iconic locations have been recreated in 4K by Ripple Effects Studios, meaning we get the chance to explore the likes of Arica Harbour in all its glory.

But what are the Battlefield Portal maps and when are we likely to see more added to the mode’s library? Well you’re about to find out.

When Battlefield 2042 launches, players will have 13 Battlefield Portal maps to choose from. These are:

As you can see, Battlefield Portal incorporates the seven maps from All-Out Warfare in Battlefield 2042, along with six classic maps from previous games. These classic maps have all been optimised for new-gen quality and graphics, so players can enjoy them at 4K and 60 frames per second. The Battlefield 1942 maps have also had destruction retrospectively added for Portal.

Players on PC, PlayStation 5, and Xbox Series X|S will be able to enjoy 128-player matches on all of these maps, but those on old-gen will be limited to just 64-players. 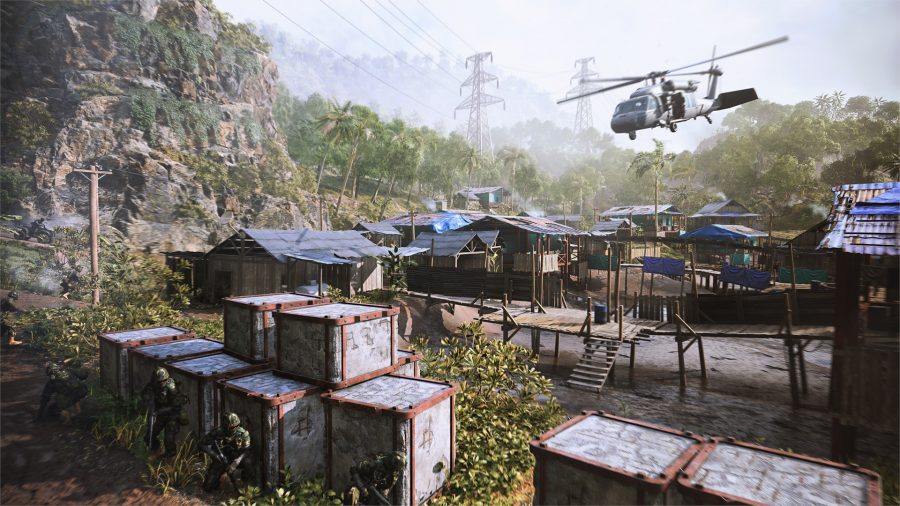 Will you be able to edit the Battlefield Portal maps?

Since Battlefield Portal is an experience editor, not a map or a level editor, you won’t be able to edit the map, its boundaries, or its objective locations when playing larger game modes. However, there will be smaller versions of the maps that can be cut off when playing modes like Free For All and Team Deathmatch.

Will we get more Battlefield Portal maps?

Yes, more maps will be added to Battlefield Portal during the life cycle of Battlefield 2042. All of the Year One content will be made available in Portal. That means we can expect more Battlefield 2042 maps over the course of the next year.

It’s currently unclear whether more maps from the old games will be added over time.