Development for live-service games is a never ending series of sprints. There’s always something to be updated, something to be iterated upon, and something new to be fashioned in order to keep millions of players around the world entertained, week after week. So how do developers find their fun amid this cycle of development for games that are constantly being updated?

Well, in Apex Legends, Respawn Entertainment’s team of animators get their kicks from developing rare animations that’ll only trigger for a small percentage of the player base at any one given time. These rare animations range from Octane twirling his syringe, to a weapon reloading in an unorthodox fashion. They might be a small part of the game – but it’s where the animators of Apex Legends find their fun.

Apex Legends animation lead Shawn Wilson, tells The Loadout that “a lot of these animations come about when we have small pockets of free time.” Wilson says that the rare animations hidden away in Apex Legends, like the magazine popping out of the top of the G7 Scout rifle, are one way that the development team relaxes and takes a load off at the end of a prolonged development period. It’s a way for the development team to have some fun, knowing that they’ve got the “core combat” loop and metrics down and perfected.

For Wilson, the love of rare animations actually comes from a long time ago. “Growing up I was mainly a [Sega] Genesis kid,” Wilson explains. “A lot of the games I played, I would really enjoy a lot of the small easter eggs that the developers would throw in,” he continues, pointing to the strange Toasty sprite that would appear whenever a character would execute an uppercut move in Mortal Kombat. The animator also found a love for the sprites that played out when Sonic the Hedgehog and Earthworm Jim would stand motionless for prolonged periods of time, almost acting as a secret reward to be uncovered by the player without them knowing they were there in the first place.

Many years later, Wilson has applied this logic to Apex Legends. “For us it’s more that these easter eggs allow us to inject a little bit more personality into these characters outside the chaos of combat,” he says. After all, the vast majority of your time in Apex Legends is spent shooting at other players, or desperately searching for the best weapon to shoot said players with. In a game that’s so fast paced, it can be understandably difficult to inject personality into the characters that might end up dead less than a minute after descending from the drop ship.

Wilson points to Revenant as an example of this philosophy. Apex Legends players will no doubt be familiar with the murderous synthetic, who acts as a killing machine. Revenant’s Ultimate ability, Death Totem, has the creepy killer pulling up a shadowy totem from the ground, enabling him and his allied teammates to take on an ethereal form, from where they can be killed and reappear at the totem without actually dying. 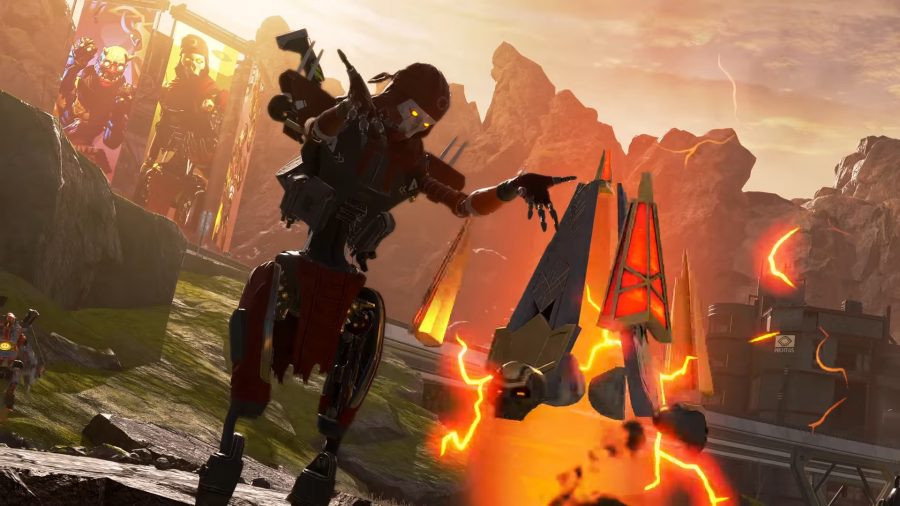 “When we were developing his abilities, it was pretty straightforward with him raising his totem,” says Wilson, explaining that the simple gesture of having Revenant raise his totem up from the ground with his hands really “wasn’t that interesting.” From this basic starting point, the animation team started throwing in variations of the core Death Totem animation, to build upon Revenant’s “unnerving, unorthodox, creepy personality.”

What the animation team ended up with was a variety of cryptic hand gestures from Revenant, any one of which could play out upon the Death Totem being activated. This ultimately channelled Revenant’s theme of resurrection and raising the dead, adding new character traits to the killing machine.

Related: Find out who’s best to play in our Apex Legends tier list

But it’s not just the animation department which can have fun with implementing rare animations in Apex Legends. Wilson explains that the team has been approached by QA, writers, producers, and more with ideas for new animations for characters and weapons alike. 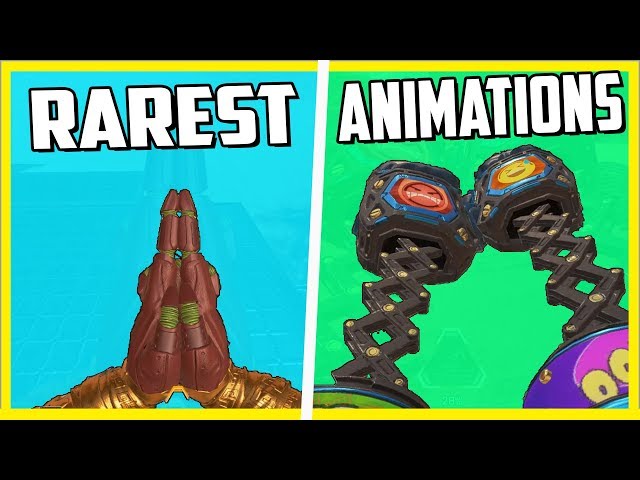 One such idea was floated by Tyler Parsons of the audio team. Parsons suggested that when hero Gibraltar were to whip out his Heirloom melee weapon, the sound of a motorcycle being revved up could play in the background. Wilson and the animation team then implemented an animation where Gibraltar actually revs the handle of his Heirloom weapon like a motorcycle, and the visual and audio cue came together to form one of the more standout rare animations in Apex Legends.

It’s not even new content like Gibraltar’s Heirloom that can be blessed with a new animation. Wilson says that when development on Apex Legends commenced, there was really a “skeleton crew” of only three to four animators working on the game. Wraith’s Kunai Heirloom weapon, which launched alongside Apex Legends’s debut, had to be finished and ready to go as quickly as possible, so the animation team were forced to rush it through production without any finessing.

“After a while with pockets of free time, we went back there and were like ‘let’s throw in this thing where as soon as you land she does this quick spin,’” Wilson says, using Wraith’s Kunai as an example of how the development team can retroactively add rare animations to characters and items that are already in Apex Legends.

That’s not to say that every suggested animation makes it into Apex Legends, however. Wilson actually estimates that between 40-50% of proposed rare animations for characters and items get thrown out.

“We kind of treat it like sculpting, where we just throw a lot at the wall, and when we playtest these things we’ll get feedback of ‘oh this doesn’t feel like the character,’ or ‘this is actually hindering gameplay,’” the animator explains, saying that the animations that don’t receive such glowing feedback during testing are regularly thrown out. 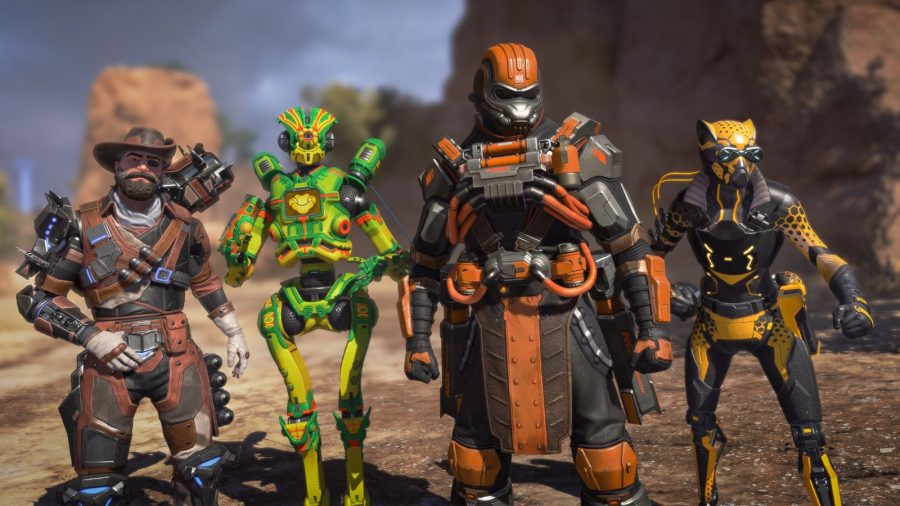 These cut ideas could still see the light of day, though. Wilson explains that during the “pockets of free time” the animation team will sometimes secretly work on ideas or concepts that hadn’t panned out so well in the past. These features can be pulled out of the “vault” by anyone and worked on during these downtimes in development. Wilson teases that he’s got a list of cut animations that he’d like to go back and revisit at some point in the future, but he’s not giving away any further details right now.

Here’s hoping we can one day see some of the more “out there” animations that have previously been condemned to the Apex Legends vault.

Hirun is a freelance reporter in the games industry, focusing on digging into untold and intriguing stories. He really wishes he was better at Apex Legends. He/Him