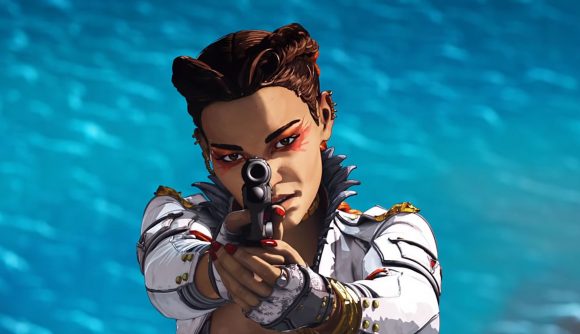 EA confirmed a while ago that cross-play would be coming to Apex Legends, with the date then set as just ‘Fall 2020’. Now, as we enter the Fall release schedule, a combination of dataminers and leakers have suggested it could be coming sooner rather than later.

First, let’s take a look at the dataminers, since the evidence there is more tangible. In the Season 6 update, there are numerous references to ‘cross-play’ the code, including references to cross-play chat in the Member Variables (aspects of the code which affect players) and accessing cross-play in the Convar section of the code, which refers to the developer console commands.

These, plus numerous other cross-play and EA Digital Platform references in the code, suggests cross-play is all but ready to go and will be arriving very soon. As for exactly how soon, that’s when we turn to the leakers, and things suddenly get considerably more speculative.

According to @tHeNeOn_BeAst on Twitter, cross-play is coming our way September 15. While he doesn’t appear to have any source beyond ‘dude, trust me’, @tHeNeOn_BeAst is a relatively well known leaker in the Apex Legends community, is sponsored by EA, and his prediction does line up with the apparently comprehensive cross-play codes already in the game, waiting to be activated.

However, not to burst anyone’s bubble, but there are some reasons to be skeptical. When EA confirmed cross-play would be coming to Apex Legends, they also confirmed the game would be coming to both Nintendo Switch and Steam, with those releases scheduled for Fall 2020. While they did not literally say the Switch and Steam releases would proceed cross-play, the cross-play logo, which features all five systems forming a pentagon, does suggest they’re part of the same package deal.