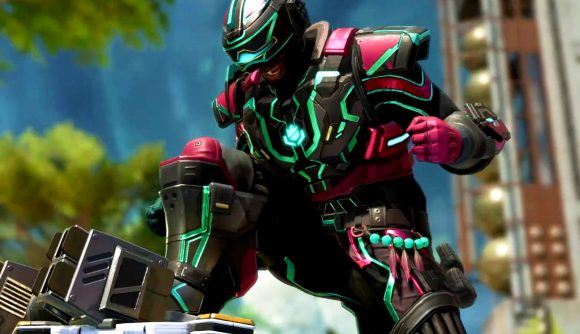 It’s safe to say that there are quite a few reasons why Apex Legends is one of the most popular battle royale games out there right now. One of those reasons is the fact that there’s just so much going on in Respawn Entertainment’s battle royale shooter. If you’re someone who suffers frame rate drops in-game in the thick of a fight, we might know why that is. One player has identified that the Apex Legends bleed effect (which appears on-screen when you take damage) is actually the cause of the issues – at least for them.

Taking to Reddit to ask for help, ‘Reasonable-Law-9737’ has shared a number of screenshots showing a frame rate drop of 10fps or more when the “low health overlay” (which we’re calling the bleed effect) appears on-screen.

The initial numbers they offer up are from a standing position in Apex Legends’ firing range. However, they report higher frame rate drops when this effect occurs while sprinting and “even bigger numbers” while in-game, as you can imagine. The Reddit user rightfully states that this is essentially punishing players who take damage in a fight while playing on lower-spec hardware – as they can’t fight back as effectively.

At the moment, there’s no way for players to disable this overlay – which the Reddit user suggests could be one way for Respawn Entertainment to allow players to improve their game’s performance.

Interestingly, an unnamed technical game designer at Respawn Entertainment under the username ‘RobotHavGunz’ has taken to the post’s replies to comment on the situation – but not a solution.

The developer has suggested that lowering settings wherever possible is the best way to combat the issue, but explained that “it’s always a tough balance with doing work to make sure the experience is good on older machines while also making sure that players on newer hardware reap the benefits they expect.”

They also reveal that they play Apex Legends’ regularly on an Xbox One that doesn’t suffer frame rate drops. RobotHavGunz explains that this could be because the battle royale doesn’t hit higher than 60fps on the platform, but can’t confirm that. They have said they’ll talk to Apex Legends’ UIUX team, though – so, we may see a fix appear in a future update.

But, for now, it looks like players who suffer frame rate drops due to the Apex Legends bleed effect and other on-screen status overlays are going to just have to suffer – or try to lower their settings to combat the increased demand of the game. If you want to make sure you’re in the best position going into a game, you can check out our Apex Legends tier list here – or the recent revelation that an Apex Legends dev thinks the battle royale would benefit from test servers here.