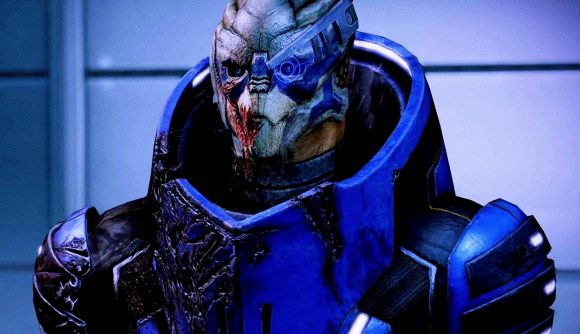 In recent months, Amazon Prime has become a fantastic place for players to pick up some of the best games out there for free. Through Prime Gaming, players can pick up a handful of free games each month along with some fantastic Prime Gaming Bundles for live service games like FIFA 22 and Call of Duty Warzone. With this year’s Prime Day, Amazon Prime members can pick up over 30 free games with Prime Gaming, including the incredible Mass Effect Legendary Edition, GRID Legends, and Star Wars Jedi Academy – among others.

Amazon’s free Prime Gaming games will be available to claim for Amazon Prime members in two stages. Firstly, in the build up to Prime Day, which takes place on July 12 and July 13, members will be able to get their hands on over 25 indie games instantly. These indie games are available from June 21 – so, there’s a couple of weeks for you to check them out.

Then, during Amazon’s Prime Day celebrations on the aforementioned dates, Amazon Prime members will be able to claim a few blockbuster titles. These include BioWare’s Mass Effect Legendary Edition and Codemasters’ 2022 release GRID Legends.

If you’re wondering what else is going to be available, we have you covered. In the build-up to Prime Day, from June 21 to July 13, the following games will be available to claim as an Amazon Prime member:

Then, from July 12 to July 13, the following blockbuster titles will be added to the promotion:

This isn’t the complete list, so expect there to be a few more surprises from Amazon Prime when the promotion starts.

If you aren’t an Amazon Prime member yet, you can sign up here.

Amazon Prime is also hosting an “all-star lineup of gamers and streamers” live from the HyperX Arena in Las Vegas on the Crown Channel. Prime members can check this out for the chance to win exclusive giveaways and gifted subs from July 9. In addition to this, Amazon Luna is offering players Far Cry 4, Bloodrayne 2 Terminal Cut, Beach Buggy Racing 2 Hot Wheels Edition, Lumies Remastered, and Moving Out for free with their Amazon Luna membership.