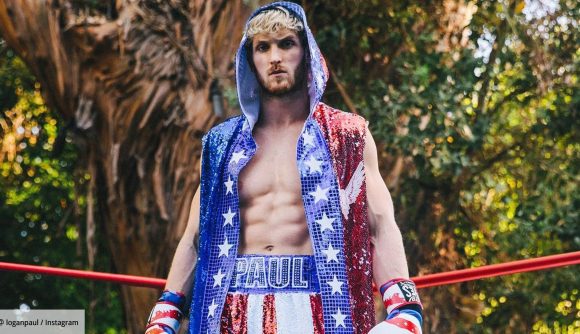 It has been announced that YouTube star Logan Paul is set to go toe-to-toe with undefeated boxing legend Floyd Mayweather. Paul – who touts a legion of over 22 million YouTube subscribers – will face off against Mayweather – who touts multiple world championships across five weight classes – in an exhibition match on February 20, 2021.

The announcement follows a brief Twitter jab from Mayweather towards the growing trend of YouTube boxing fights back in November: “These YouTube girls better find some Barbie dolls to play with cause I’m not the one for the kid games. 3 years ago a fighter from the UFC said my name and I had to put a muzzle on that bitch,” the tweet reads. “@loganpaul can get the same treatment before I go conquer Japan again.”

Paul was quick to respond, simply retorting “50-1”. He would later taunt Mayweather on Instagram, offering his opponent-to-be a ‘cheat sheet’ on how to spell his name properly on the fight contract. Paul’s previous matchup – a six-round slugfest against fellow YouTuber KSI – ended in defeat. Mayweather’s professional record sits at a glistening 50-0 – with 27 career knockouts to his name – while Paul is currently 0-1.

The reaction to the news has been mixed, with many quick off the mark to meme the upcoming fight (mostly at Paul’s expense).

Meanwhile, UFC president Dana White – who had previously sanctioned Floyd’s last professional bout against UFC star Conor McGregor in 2017 – considers the fight a reflection of the current state of boxing.

Mayweather’s bout against McGregor saw both men take home an astronomical sum of money, with Mayweather’s cut valued at $275 million. Although we’re not expecting the purse to be quite as big this time round, fan experience platform Fanmio – which is airing the fight – expects a solid turnout. Early bird tickets are currently on sale for $24.99, rising to $39.99 after one million sales. The price is set to rise again on December 29 ($59.99), and one final time on February 11 ($69.99). Stonks.