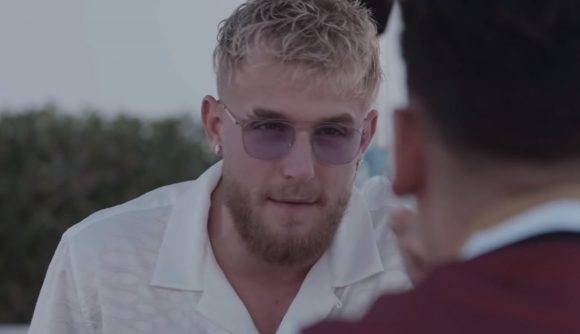 The FBI has raided YouTube sensation Jake Paul’s LA mansion as part of an ongoing investigation. The precise nature of this investigation is yet to be confirmed, but an FBI spokesperson confirmed it regards “allegations of criminal acts”, linked to Paul’s previous misdemeanor charges regarding property damage to the Scottsdale Fashion Square mall in Arizona. This damage was caused during the recent riots across America.

Said misdemeanor charges were dropped earlier in the week; standard practise when a case is elevated from a misdemeanor to a federal offence. A second home, belonging to Paul’s friend Arman Izadi, was also raided in Nevada last night, likely as part of the same investigation.

Several firearms were removed from Paul’s property by federal officers as part of the raid. Paul was not home at the time, has not been taken into custody, and there is no warrant for his arrest. The YouTube star is no stranger to controversy, but even for him this is a major scandal.

The FBI’s LA office will not comment on the evidence sought or recovered in the California raid as the warrant remains under seal, with no indication offered for when the seal will be lifted. However, it was confirmed that as of yet, no arrests are planned as part of the investigation.

Neither Paul, his brother and fellow YouTube star Logan, nor his team have made any official statement on the raid, aside from his attorney telling TMZ “We are still gathering information and will cooperate with the investigation.”

Having been caught on camera inside the Scottsdale Fashion Square mall as part of the Black Lives Matter protests on May 30, Scottsdale Police said they had “received hundreds of tips and videos identifying [Paul] as a participant in the riot”. At the time, Paul admitted to being present, but claimed he was documenting the looting rather than actively participating.