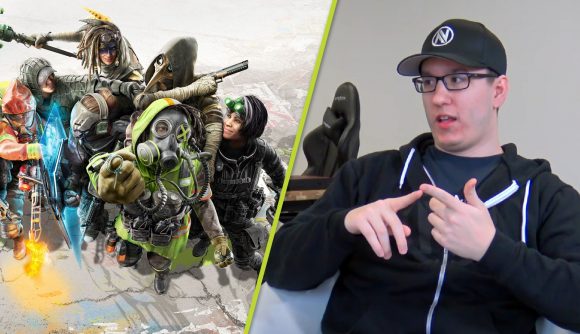 Former two-time Call of Duty world champion Patrick ‘ACHES’ Price has announced that he’s taking his career down a new path to join Ubisoft. He will be helping in the development of the company’s new arena shooter, XDefiant.

In a Twitter post, ACHES states that he’s “retiring from competing professionally and moving on to the world of game development.” ACHES has joined Ubisoft’s San Francisco studio and is taking up a role on the design team where he’s using his esports expertise to help develop XDefiant’s camera, controls, game modes, factions, and more.

Price states that he’s been “consulting” on the game since last October, and that he joined the studio full-time in mid-January. The world champion hasn’t played top-tier Call of Duty competitively since 2020, so it’s only logical that he has been working his way towards a different role in the world of videogames – and now it’s here.

“Closed testing is coming soon,” ACHES says about XDefiant in the tweet. “So make sure that you are registered on our website. I cannot wait for you to participate. Getting your feedback is super important in making xDefiant the best game it can be.”

Last year, YouTuber ‘Get_Flanked’ shared his XDefiant gameplay impressions, highlighting that the game’s combat was a fun, arcade-style experience, but that it still felt quite unbalanced as some character abilities were noticeably better than others. Hopefully with the expertise of someone like ACHES, Ubisoft will be able to make XDefiant a unique and competitively viable shooter.