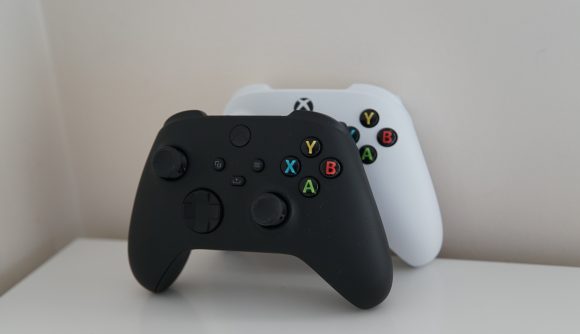 When it was announced that Microsoft was launching a new controller with the Xbox Series X|S many got their hopes up that the unresponsive button problem linked with the Xbox One controller would finally be fixed. However, players are already reporting problems.

According to one Reddit user called DoubleSlide, three of their new Xbox Series X controller face buttons are unresponsive when pushed at an angle – a problem they have encountered with “every single Xbox One controller” they’ve tried in the last two years.

“This controller still has this problem,” DoubleSlide says. “You can easily test it in the Xbox Accessories app by lightly holding down the button and rotating your thumb around 360 degrees. You will see the input disappear in the areas where your buttons have dead spots. Mine is particularly bad, with this problem affecting the A, X, and Y buttons.”

To verify these claims, we decided to test the reported problem on our Xbox Series X review unit and found that the X face button does not register when pushed on its extreme right side. We didn’t have any problems with the other buttons, but out of the four other controllers we tested internally, only one had a small dead spot.

While this is unlikely to be a widespread problem, the return of unresponsive buttons is a big disappointment for fans looking to upgrade from the Xbox One.

We’ve reached out to Microsoft for a response.