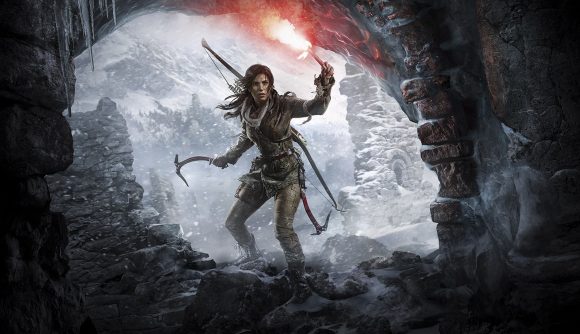 One of the strangest exclusives Microsoft ever bagged was Rise of the Tomb Raider. The second entry in Square Enix‘s rebooted Tomb Raider trilogy was exclusive to Xbox One for a whole year after it was first released in November 2015. The first and third games, however, were released on all platforms simultaneously.

Even today, the exclusivity for just the second game sticks out like a sore thumb. However, we may now know why Square Enix struck the deal with Microsoft: the latter seemingly offered a lot of money to the publisher for Rise of the Tomb Raider exclusivity. As spotted by ResetEra and Timur222, Square Enix’s former strategic planning and corporate development director, Fabien Rossini, claims in his LinkedIn profile that he “negotiated multiple deals including the Tomb Raider exclusivity on Xbox worth $100M.”

While Rossini appears to suggest that the Xbox exclusivity deal for Rise of the Tomb Raider was worth that eye-watering figure, it could also be interpreted as just one deal among several others that all total $100 million. The Loadout has reached out to both Microsoft and Square Enix for clarification.

By the end of 2015, the game did manage to sell more than one million copies, but in the grand scheme of things, this isn’t a huge number for a big-budget triple-A game. In late 2016, the game launched on PS4, with a bunch of new content, including a PSVR experience and made more of an impact thanks to its 20th anniversary branding for the franchise. Just a year later, in November 2017, the game had just about hit seven million sales, which was far more impressive than the initial sales figures.

Rise of the Tomb Raider exclusivity deal with Microsoft was worth $100 million.
Other stuff. pic.twitter.com/BH6TkhI9eL

We will never know how many of these sales came from Xbox and PlayStation, but Xbox One was not in a good place perception and sales-wise in 2016, compared to the PS4.

And, when compared to other exclusivity deals and acquisitions Microsoft has made, such as the acquisition of Mojang (the developers of Minecraft), this would certainly go down as one that didn’t payoff in the long run if it really was worth the $100 million Rossini refers to.