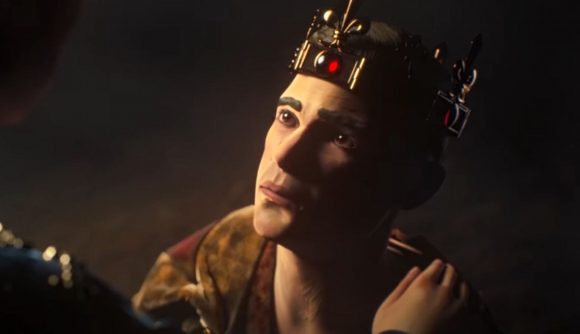 Crusader Kings 3, one of the best strategy games on PC right now, is coming to new-gen consoles. Announced during the Xbox Showcase at Gamescom, Crusader Kings 3 is coming to Xbox Series X|S and PS5, and will also be available on Xbox Game Pass when it releases.

When it will be released, however, is still a bit of a mystery. No official release date or window was given, which points towards it being a fair way off. It would be surprising to see Crusader Kings 3 come out on console before the end of this year.

With Crusader Kings 3’s console version being exclusive to new-gen hardware, expect plenty of cool features. This is already billed as an “adaptation”, rather than a straight port of the PC version, with a refined UI fit for a controller-wielding king. Both the Xbox Series X|S and PS5 versions will also boast speedy loading times.

Windows Central reports that Crusader Kings 3 on the PS5 will support haptic feedback and adaptive triggers on the DualSense controller.

With all of this new-gen tech, there will sadly not be a version for those on older consoles like the PS4 and Xbox One.

To quench your thirst while you wait for Crusader Kings 3 to release on console, check out our list of the best Xbox strategy games.