Day one launches for Xbox Game Pass have become the real meat and bones of the service, offering up the chance to play the latest releases on day one as part of your subscription. 2021 saw Forza Horizon 5 reach nine million players by launching on Xbox Game Pass, and Back 4 Blood and Outriders both saw success by following this method too.

And with 2022 set to be stacked full of new games due to pandemic-related delays, we would love to see some big triple-A titles destined for our best Xbox Series X games list, as well as a few exciting-looking indies, make their way to the service when they launch.

So, we have put together a list of upcoming Xbox Series X games that we think should hit Xbox Game Pass at launch to really boost player numbers right from day one.

Without further ado, let’s get into the ten games we think would benefit from launching straight onto Xbox Game Pass, opening up their reach. 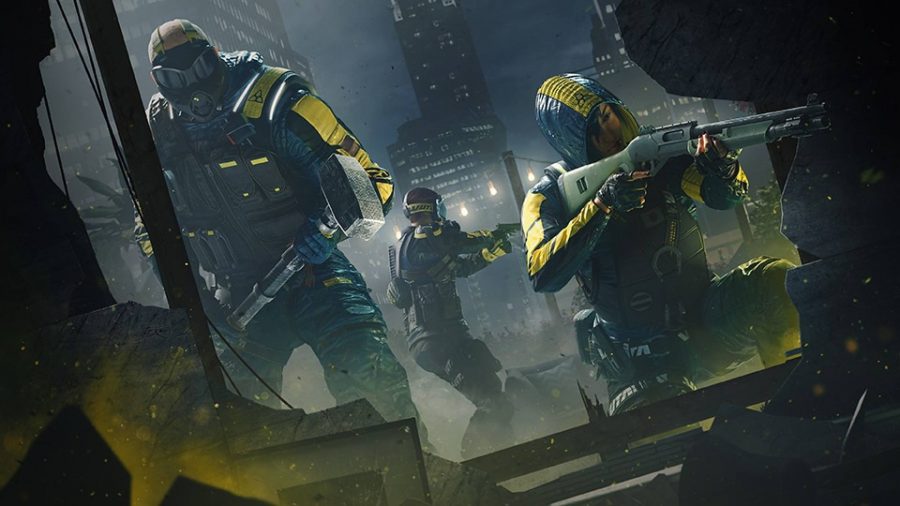 Rainbow Six Extraction is already doing a lot to try and get people through the door,  whether it’s the lower price point or offering up a buddy pass for your friends. However, launching into Game Pass and getting exposure to its roughly 20 million subscribers will give this tactical shooter a significant bump.

Built around co-op gameplay and cross-play, Rainbow Six Extraction is a likely candidate for the January line-up of Game Pass games – especially since its bigger brother, Rainbow Six Siege, is already available on the service. 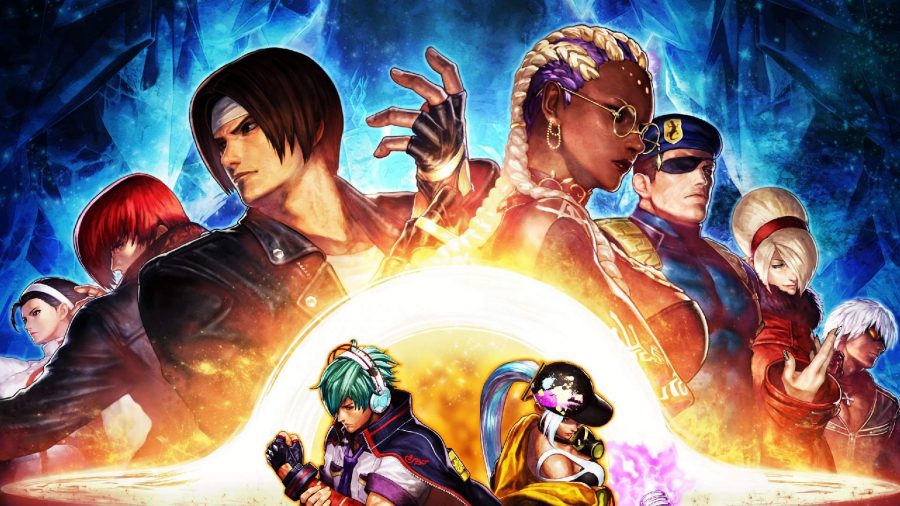 The King of Fighters XV

The King of Fighters XV right now is at risk of getting drowned out by a busy February. Stuck between Dying Light 2: Stay Human, Destiny 2: The Witch Queen, and Elden Ring, Game Pass would really give the game a much needed boost.

With online modes, Game Pass subscribers will help keep the player base healthy, especially since the SNK fighting game will undoubtedly look great thanks to its new-gen exclusive release. 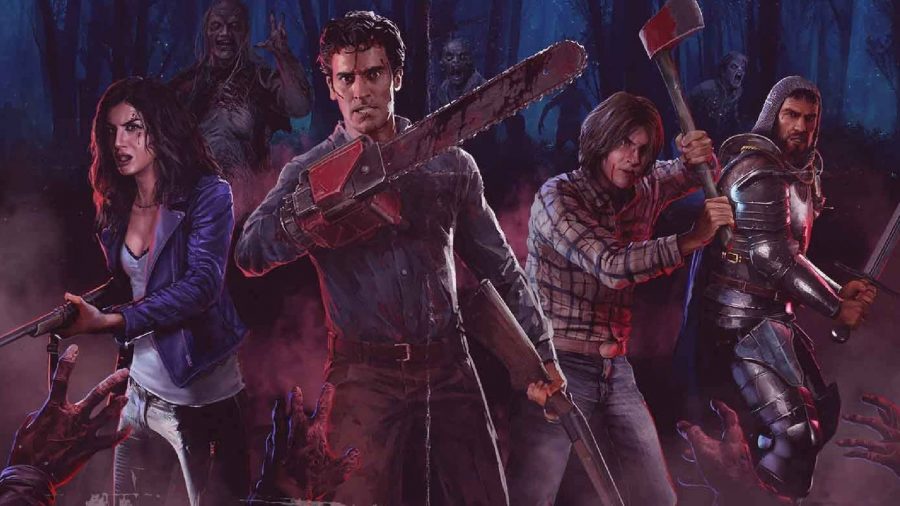 Saber Interactive’s take on the Dead By Daylight multiplayer horror formula is looking great. Alongside multiplayer modes, the game will offer offline solo play with bots, which means that Evil Dead: The Game is looking like a fantastic Xbox horror game for all players.

Again, set to launch in a busy month, Game Pass will provide that free marketing and spotlight for a game that very well might fly under the radar. 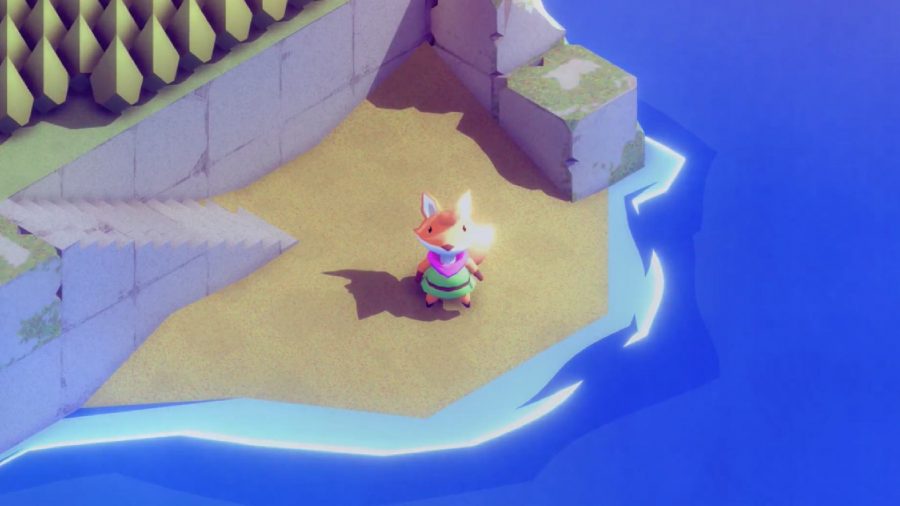 Tunic has been the darling of upcoming Xbox games for a long time. First shown to the world before 2018 and then appearing on-stage at Xbox’s 2018 E3 show, Tunic is a gorgeous Zelda-esque dungeon crawler.

Developed by one person, Andrew Shouldice, Tunic is releasing at a relatively quiet time for Xbox, but will no doubt impress millions of Xbox Game Pass subscribers if it was made available. 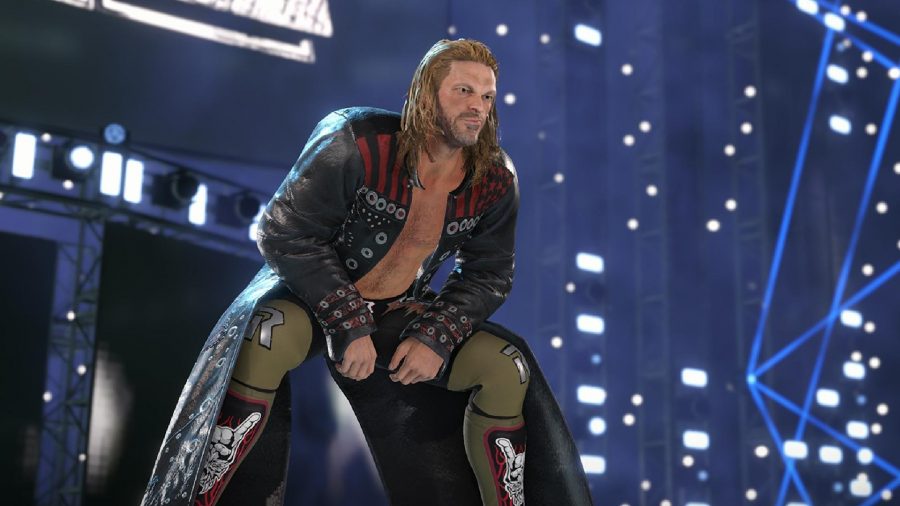 After the buggy release of WWE 2K20, 2K would be smart to offer up WWE 2K22 for free for Game Pass subscribers.

This is the second game solely developed in-house by 2K after beloved developed Yukes parted ways with the franchise. As a reimagining of the WWE games, which have all had their fair share of problems, Game Pass could be a great launching pad for WWE 2K22. 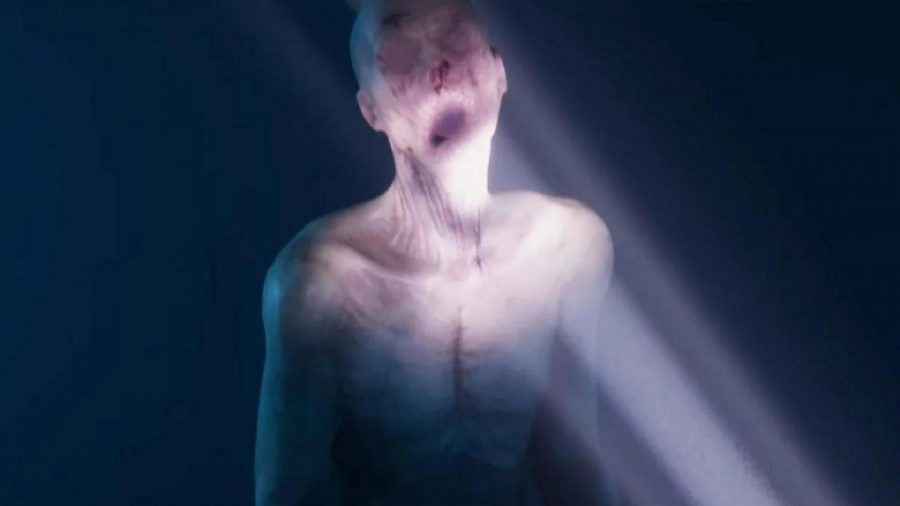 Sons Of The Forest

Sons of the Forest has been generating intense levels of excitement from Xbox survival game fans since its announcement. With creepy, humanoid creatures, and the same chilling atmosphere as its predecessor, The Forest, Endnight’s latest is expected to turn some heads in 2022.

Survival games haven’t been too prevalent on Game Pass since the service launched but Sons Of The Forest might be a great first step towards building out the survival game library on the service. The game is only set to come to PC right now, but we’d love to see it on Xbox consoles as well. 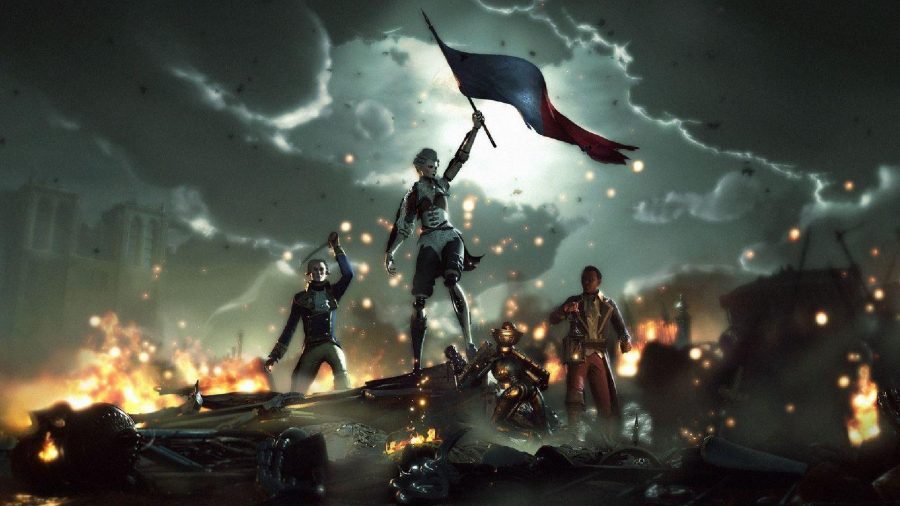 Spiders (the developer, not the animal) is known for creating enjoyable games set in unique backdrops. However, they often lack the polish you would expect from a modern game. Steelrising is looking like it will fit that mould pretty well, although we will have to wait until launch to see how the game truly performs.

Set at the start of the French Revolution, you take on Louis XVI’s army of robots with deadly steampunk weapons to try and take on the King and his ranks. Spiders’ last game Greedfall saw a huge spike in chatter and popularity when it joined Xbox Game Pass, so with Steelrising, the French developer could get that right from the launch. 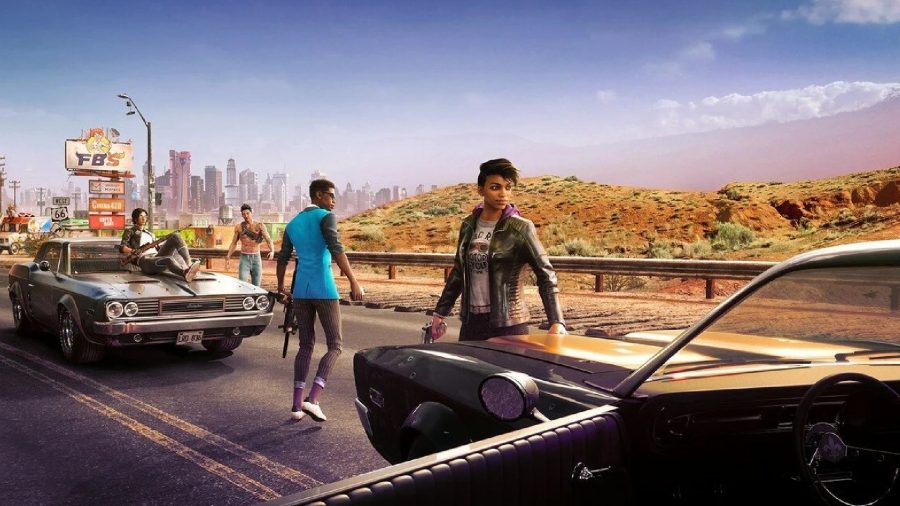 So far it hasn’t really felt like the reboot of Saints Row has really grabbed the headlines. The new style, setting, and tone has definitely had some players questioning if the game is set to really live up to its name.

While it is still a long way off from launch, Saints Row would be a nice big triple-A day one game for Xbox Game Pass, kickstarting what will be a busy fall for game releases. It would also help get people hooked on the series’ traditional gameplay again, setting them up to spend some of their cash on DLC and future expansions. 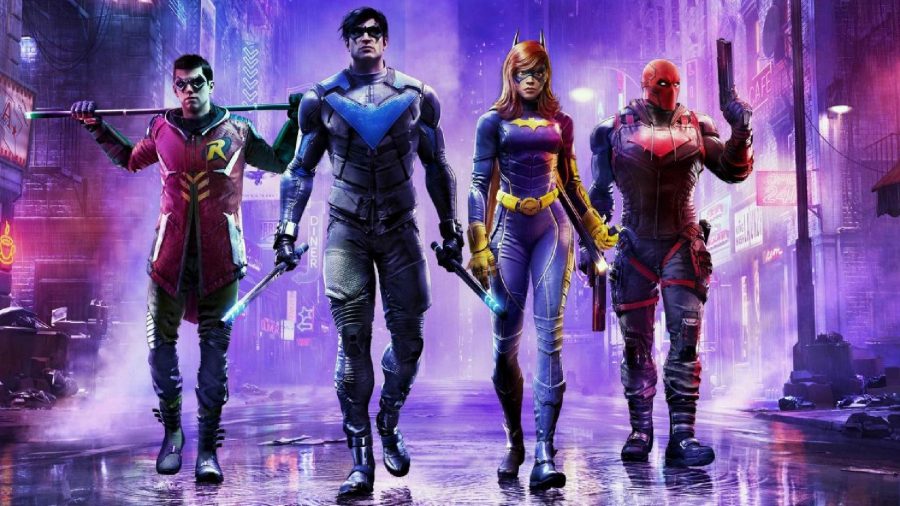 Gotham Knights is easily the biggest title on this list. Coming from WB Games Montreal, the game takes the Batman Arkham formula and brings it over to a two-player cooperative action-adventure where you hunt down Arkham’s deadliest foes as Robin, Batgirl, Nightwing, or Red Hood.

It seems likely that Game Pass will aim to bag one or two big third-party games as day one releases during 2022, and given the co-op angle of Gotham Knights, it would be a great fit. 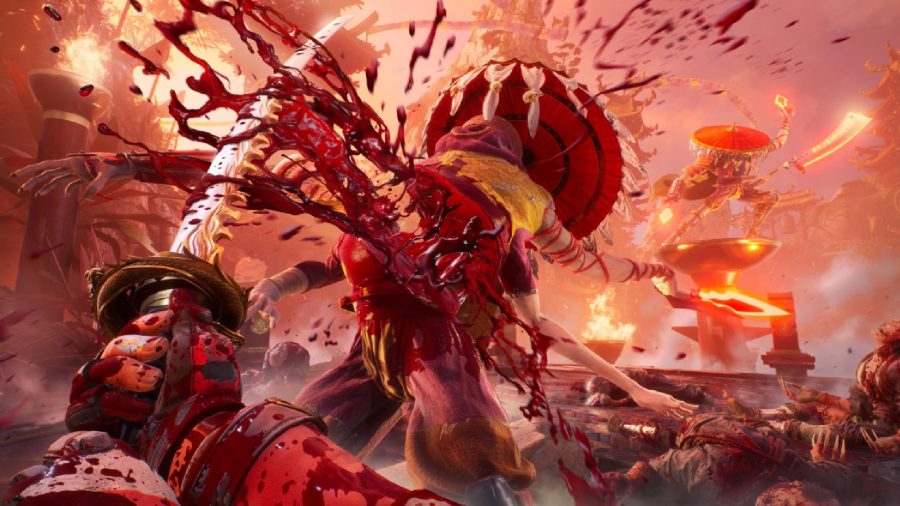 The Shadow Warrior series has a long lineage that stretches back all the way to 1997, but after being rebooted in the 2010s, Shadow Warrior 3 looks to be Flying Wild Hog’s most gorgeous, gripping, and action-packed FPS yet.

With tons of disgusting demons and contemptible creatures, and new gear and locations, Shadow Warrior 3 is one of the most exciting FPS games coming in 2022. Game Pass would be a great way to get people hooked on the fast-paced combat that fans of the series love.

There you have it, our picks for games we think should come to Xbox Game Pass when they launch. Is there anything on this list that you would be keen to try out before buying or are you set on purchasing some of these games?