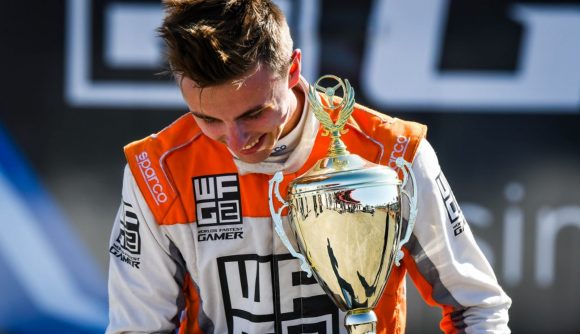 Beating nine other opponents over a 12-day challenge, Baldwin became the world’s fastest gamer last October. From feats of simulated driving, to real-world driving and other physical tasks, the Veloce Esports member persevered against all challengers for the honor, chosen by judges including ex-F1 drivers Juan Pablo Montoya and Rubens Barichello as well as fellow game-to-racer Jann Mardenborough. The prize was a chance to take part in a drive worth $1,000,000, and until now, it was unknown who the winner of the gauntlet would be driving with.

Courtesy of The Race, Baldwin will take the wheel of a McLaren 720S GT3 and zoom across Europe in the name of Jenson Team Rocket RJN, a team formed in 2019 by  2009 Formula 1 world champion Jenson Button, Chris Buncombe, and Bob Neville. His first outing will come at a preseason test over the weekend of March 12-15.

Button commented that the overlap between top-level simulated racing and real-life is something he’s aware of. “I’ve seen in the past how it’s possible for virtual racers to make it in the real-world racing,” he says. “Such as Jann Mardenborough, who I raced against for the past couple of seasons in Super GT.”

In fact, 2019’s Formula 1 Rookie of the Year Lando Norris started in racing sims, and says that playing these sims sharpens all manner of racing skills. Who knows, maybe Baldwin could make the jump permanently after this opportunity.