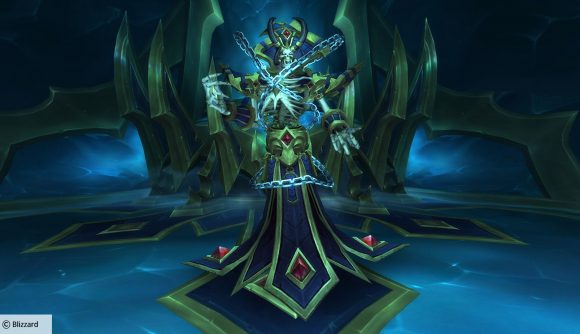 The World of Warcraft Race to World First is a time-honoured tradition. However, the event historically had almost zero coverage, with the results simply appearing on forums without much fanfare. That was until Method decided to switch things up, becoming the first major guild to stream its raid progress of Mythic Uldir back in 2018, drawing in hundreds of thousands of viewers.

Since then, esports organisation and Limit guild partner Complexity has spearheaded coverage of the event. After December’s Castle Nathria event peaked at 220,000 concurrent viewers across all channels, Complexity has been hard at work ensuring that the Sanctum of Domination event – which kicks off later today – will be even more successful.

For the players taking part in the race, the rise of the Race to World First has been unprecedented. “I think it’s wild, honestly,” Complexity-Limit member ‘Xyronic’ tells The Loadout. “I’ve been doing this for eight years, and if you had told me even four years ago that the Race to World First would turn out to be what it is right now, I would’ve told you that you’re crazy.

“I remember specifically in Firelands (a raid in WoW’s Cataclysm expansion) back in 2011, Paragon killed Ragnaros – World First – and nobody else killed it for two weeks. And we didn’t get a kill video for two weeks and people were like ‘where’s the video? Where’s the video of the kill?’ It’s crazy how far the Race to World First has come since then.”

With the Race to World First rapidly growing into the biggest WoW PvE esports event around, we’ll be eager to see just how many viewers will be there to witness the inevitable fall of Mythic Sylvanas when the Sanctum of Domination opens its doors later today. You can catch Complexity-Limit’s coverage of the event on Complexity’s Twitch channel.