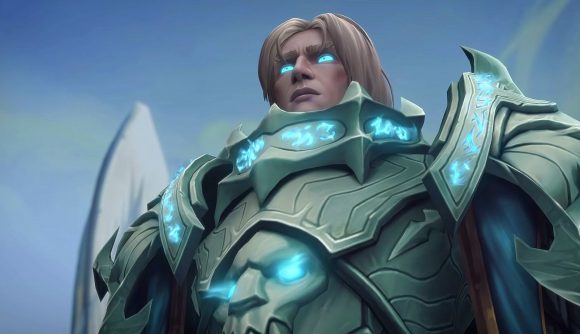 In any PvP experience, balancing metas and keeping as many players happy as possible can be a trickier task than those on the outside might imagine. That’s particularly true for one of the most intricate PvP experiences in gaming: World of Warcraft.

Keeping every component in WoW viable for competitive play is an enormous challenge. During BlizzConline 2021, it was revealed that there would be a refresh to PvP talents coming in the next big update, Chains of Domination, ahead of Shadowlands Season 2. This could bring about some significant changes for some players, especially those who want to use currently unviable talents in PvP.

Off the back of this announcement, The Loadout quizzed WoW’s game director, Ion Hazzikostas, about the team’s general approach to PvP balancing in Shadowlands, as well as why it is looking to revamp aspects of the game that have fallen in prominence and usage.

“I think our general approach to balance – certainly compared to the last couple of expansions – is to make more frequent, small changes to continue to shore up classes, specs, Covenants that are either underutilised or we feel are underperforming,” Hazzikostas explains. “We want to make conservative tweaks so we don’t overshoot the mark and suddenly completely blow up the meta. [We don’t want] people to log in to suddenly find that their specs, that used to be the strongest, are now at the bottom of the pack. So we keep making these changes so that we also can reassure players not to lose hope.”

Hazzikostas was also full of reassurance for any players that were feeling dissatisfied with the PvP experience in Shadowlands so far.

“If you feel like you’re not where you want to be right now, if you feel like you don’t have the spot in groups that you’d prefer to command, change is on the way,” he says. “And we want to stay active there without completely disrupting the ground beneath people. This is why certain types of changes are better suited for hotfixes.

“Players sometimes wonder or even complain that ‘we just buffed everything by 3% across the board. Isn’t that lazy?’ And the answer is ‘no’, it’s actually a deliberate choice.”

The developers’ shift to frequent but small tweaks also means players won’t be caught out by massive changes that appear out of nowhere. Hazzikostas says big changes like the upcoming talent rework must be kept to large updates only, to give players time to prepare and strategise.

“We make the [small] percentage changes by a hotfix, because we know it’s not going to disrupt those systems for players. Whereas in patches like 9.0.5, and larger updates like Chains of Domination coming up, we can make bolder changes – change talents, change rotations, change specific abilities – because there’s time for players to give us feedback, and to prepare for what those changes will mean for their character.”

We are currently awaiting a date for the Chains of Domination update, but when it does eventually drop, expect a serious shake up to PvP talents.