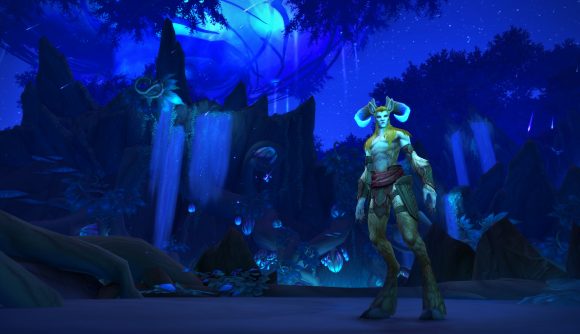 World of Warcraft’s long-awaited Shadowlands expansion has proven extremely popular, as SuperData reports that 34% more players are venturing on right now compared to the launch of 2018’s Battle for Azeroth expansion.

A core proponent of Shadowlands’ post-campaign gameplay revolves around Covenants: four separate houses based in the regions of Ardenweald, Bastion, Maldraxxus, and Rivendreth. Players will have dabbled in the delights offered by each Covenant throughout the campaign itself, permanently joining one of the four following the expansion’s thrilling conclusion.

Each Covenant offers players a class-specific Covenant ability, a Covenant movement ability, and a myriad of other goodies. Now that the dust has settled a bit and players have made themselves at home, we wanted to find out which Covenant housed the most players, as well as the most commonly-found classes in each Covenant.

In order to achieve this, we delved into wowranks – a site which scans Blizzard’s API every hour and collates the results into easily-digestible tables. Naturally, by the time this article drops the numbers will have updated again, so definitely go and have a browse for yourself.

The most popular WoW Shadowlands Covenant

As of writing, Night Fae is the most popular Covenant with over 1.25 million players offering their services to the denizens of Ardenweald. This is followed by Bastion’s Kyrian (1.09 million), the Venthyr of Rivendreth (862,000), and the Maldraxxian Necrolords (610,000). As we can see, there are pretty clear 200,000 player increments between each Covenant.

So let’s hop in and have a look at which classes and specs are contributing most to these numbers. 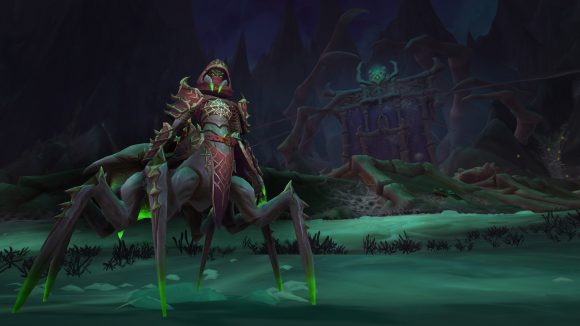 Night Fae is the overwhelming favourite Covenant for both Druids and Hunters, with the duo making up roughly half of its members. Although Kyrian is often touted as the best place to be for Balance Druids, however, only a fraction have opted for the faction. Instead, Night Fae’s absolutely wild class ability, Convoke the Spirits, has evidently proven too much fun to pass up.

Mages, Rogues, and Warlocks also tend to favour Night Fae, though some specs do deviate here and there. For example, Frost Mages tend to favour Venthyr due to the interplay between class ability Mirrors of Torment and Brain Freeze.

The vast majority of Kyrian players are Paladins, with all three specs – Protection, Retribution, and Holy – favouring the path of the righteous. Vengeance spec Demon Hunters also tend to ally themselves with the Kyrian due to both the damage output of the Elysian Decree class ability, as well as the convenience of having a debuff-cleansing Phial of Serenity to pop in Castle Nathria. – If you’re wondering how the new raid’s shaping up, here’s a Castle Nathria raid review-in-progress for you to peruse.

With just over 100,000 players opting for the soul-chauffeuring angels, the Kyrian also boast the highest number of resident Monks out of the four Covenants (again across all specs). 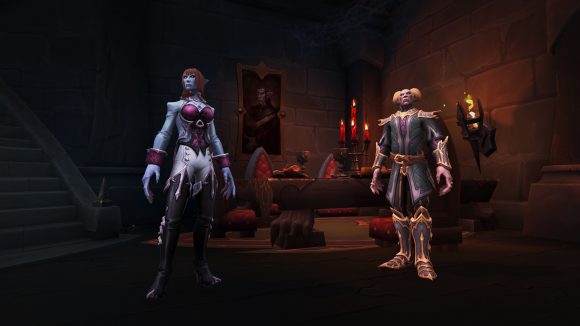 Venthyr is very much the main stomping ground of Arms and Fury Warriors due to the single target prowess of class ability Condemn. Protection Warriors however fancy the Kyrian way of life much more thanks to mini-nuke class ability Spear of Bastion being a great rage generation tool, alongside the aforementioned boons from chugging a Phial of Serenity.

Hot on the heels of Warriors are the ironically oftentimes less-than-holy Priests. This class happens to boast some of the best Covenant flexibility among all classes, as most are viable in some capacity when it comes to conquering endgame content. However, the combination of class ability Mindgames and Mastery: Shadow Weaving makes Venthyr the preferred destination for Shadow and Discipline Priests without a home.

The Priest split between Venthyr and Necrolords is actually fairly close, which can also be said about Shamans.

While Venthyr has a slight majority in Priests, it is the Necrolords who have recruited the larger number of Shamans into their ranks – particularly those of the Elemental and Restoration variety due to the usefulness of class ability Primordial Wave.

However, the most ubiquitous Necrolordians are Death Knights. Unholy is by far the most common spec, followed by Blood (which actually winds up more often than not in Venthyr), and finally Frost. Indeed, although there are half the number of Necrolord players than Night Fae, there remains a decent spread of players across all classes within its ranks.

So, there you have it. A buttery spread of classes across the various Covenants the Shadowlands has to offer. It should be noted that Night Fae and Kyrian seem to have the upper-hand due to certain classes having an overwhelming preference for them.

Whether or not Blizzard will tweak this in the future to help level the playing fields across each faction remains to be seen. If you want to get into the nitty gritty of Shadowlands stats, then we once again recommend you mount up and ride over to wowranks because there is a whole trove of metrics to uncover.