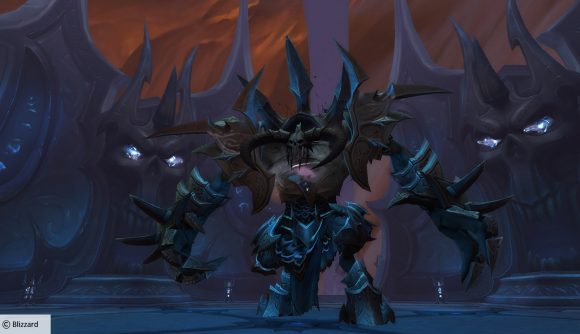 With World of Warcraft Shadowlands’ latest raid, the Sanctum of Domination, finally welcoming in plucky raid teams who are in search of quality loot, a much greater battle is soon to begin.

Tomorrow, July 13, will see the raid’s Mythic difficulty unlocked, and with it the start of the now-traditional Race to World First between the MMO game’s top guilds – and they’ve been hard at work preparing. While Blizzard has kept any extra tricks the Mythic version of final boss Sylvanas Windrunner may have up its sleeves, players on the Public Test Realm (PTR) are already acquainted with the other bosses and their Mythic abilities.

Speaking to The Loadout, Complexity-Limit raid team member ‘Xyronic’ says that guilds would have only had “about an hour or so per boss over the course of a few weeks” to get to grips with each challenge. With that said, Xyronic believes that Complexity-Limit – which currently holds back to back World Firsts – has become much better at preparing around those restraints.

“I think something that we’ve really done a good job of getting better at over the past few years is that, from that one hour, we can have two-to-four hours of meetings per boss trying to figure out the best way to deal with it,” he says. “So by the time we actually get there on live, everyone already knows exactly what to do.” 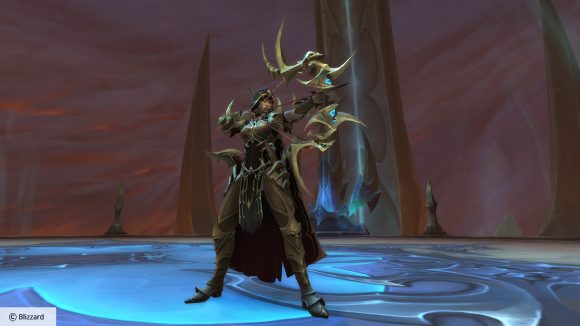 As for Mythic Sylvanas herself, the guild has had to take a slightly sneakier approach to try and find out what the Banshee Queen has in store for them. Alongside theorycrafting, Xyronic says that data mining is a major component of its preparation. And although, naturally, Xyronic kept his lips tightly sealed on if the guild had been fruitful in its digging, he does note that “we have people in the guild that are pretty good at figuring that stuff out.”

Though Complexity-Limit made fast progress through the Sanctum of Domination’s Heroic difficulty – snagging world first take downs all the way through – it didn’t take down Sylvanas on day one. In fact, Complexity Limit was only the 11th guild to completely clear the raid. This, Xyronic explains, is a tactical choice.

“When it comes to heroic week efficiency,” he says, “it’s all about trying to get the most possible loot so that you can trade it between characters. So the strategy is to kill the last two bosses first to get the highest item level gear so you can trade.” With Kel’Thuzad – the Sanctum’s penultimate boss – offering the same item level gear as Sylvanas, it didn’t actually matter if the guild didn’t kill her straight away, as the lich can provide strong enough gear to enable the trading of top tier loot.

In order to further maximise efficient pre-Mythic gearing, Xyronic says, there are plenty of other activities to take care of first before cleaving through Heroic Sylvanas. “Some people need to get their PvP ratings to 2,100, some need to farm Mythic+, and some need to do the new dungeon – it’s just better to get all that done first and then go back and do Heroic Sylvanas.”

With the guild working tirelessly to ensure it’s in top shape for when the Mythic Sanctum opens its doors to them tomorrow, Xyronic’s schedule is unsurprisingly intense. Putting in 16 hour sessions each day, the player is working to “get as much done as possible” between snooze sessions.

From our chat with Xyronic, his dedication to efficiency is certainly clear as day. In fact, one of the main boons of Complexity bringing the guild together in person, he says, is that the players now have more time to discuss tactics over meals.

“When you’re at home,” he says, “you go on your 30 or 45 minute dinner break, and everyone just leaves their computer. That’s it, there’s no discussion going on. But when you’re all at Complexity, everyone gets together. We sit and talk while we’re eating, and it’s just a huge advantage to have that extra time to talk about things – it’s really cool, and it keeps everyone focused on what they’re doing.”