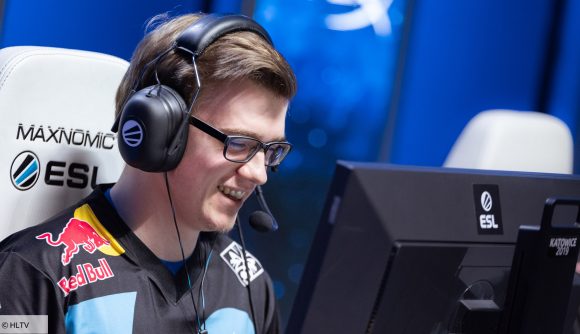 Zellsis is joined by former Swole Patrol teammate, Will ‘dazzLe’ Loafma as they make the switch to Riot’s tactical shooter. Dazzle announced his retirement from competitive CS:GO on Twitter, stating he is making the move to do what he “couldn’t in CS:GO. The duo join Orgles5 alongside Alex ‘Sofa’ Kolich, Timothy ‘sYnceD’ Putrow, Charles ‘Hoppin’ Clapper, and coach Ian ‘Immi’ Harding. Unlike Zellsis, Dazzle has never played Valorant before, opting to stick with professional CS:GO for the past four years.

Swole Patrol recently disbanded after a number of the team’s players wanted to try their hand at something different. It looks like Dazzle and Zellsis are the only two players to confirm their next moves, with former Swole Patrol members Austin ‘Cooper’ Abadir, Maxim ‘wippie’ Shepelev, and Gage ‘Infinite’ Green currently available as free agents.

There have been some concerns about Zellsis’ commitment to Valorant, given his former track record with the game. Zellsis has poked fun at this publicly, as his pinned tweet jokes about Liquipedia entry: “Jordan ‘Zellsis’ Montemurro (born March 2, 1998) is an American professional Counter-Strike: Global Offensive player. He retired on May 10th, 2020 to pursue a career in VALORANT before returning to Counter-Strike: Global Offensive a month later on June 24th, 2020.”

Announcing the game swap of @dazzLeGO and @Zellsis to @PlayVALORANT

Catch the roster in action in the coming weeks as we start competing in the upcoming tournaments.

Orgles5 will be competing in Valorant tournaments over the next few weeks, so stay tuned for that.