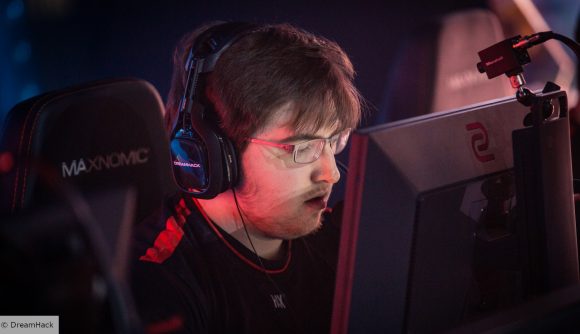 It seems like a flurry of professional esports athletes have made the switch from Counter-Strike: Global Offensive to Valorant in the last couple of weeks, and while some believe pros are just trying to cash in on a new esport, Jaccob ‘Yay’ Whiteaker says its due to the current ecosystem.

The CS:GO player, who has not yet made a decision on his future, says so many pros are looking to switch to Riot Games’ new tactical shooter because organisations aren’t willing to give players a shot in CS:GO unless they’re part of a well-established team that can contend for the top 20. The 21-year-old also believes that restructured leagues like Flashpoint and the ESL Pro League have “damaged” the scene.

“There’s no organisations looking to invest in a non-established CS team,” Yay says on TwitLonger. “From what I’ve heard, there are organisations looking for a CS team. However, almost none are looking for anything less than a top 10-20 team. Unfortunately, it becomes quite a challenge to establish yourself against competition when other players have analysts, sports psychologists, facilities, frequent boot camps, and [are] being paid.

“I don’t think there’s a good reason to invest in the lower divisions of CS when you have a game like Valorant. It makes sense for organisations to pour money into that and since the scene is so unestablished, it’s a gold rush essentially right now.”

Why so many CS Pros are switching to Valorant

“In the past, if you made it to the pro league division it was rare to not have an organisation,” he adds. “Now it’s becoming more common, and the road to these divisions are significantly harder now that all the regions are kinda combined into one.

“All in all, it’s a tough situation. That’s why a lot of people are making the switch over to Valorant. I don’t blame them. Some people need to pay bills or want a fresh start after playing a game for years and years. A large majority aren’t looking to cash out on this opportunity – it’s just the hand they were dealt.”