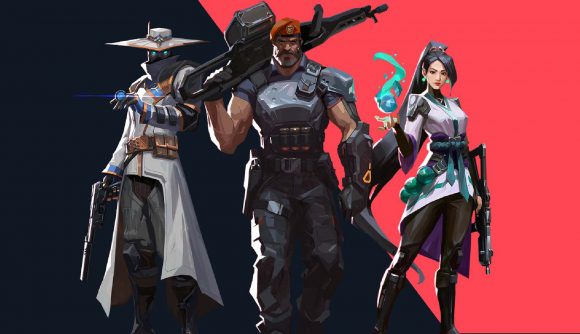 A European Valorant team has been temporarily removed from the  online bracket of WePlay’s Valorant Invitational while Riot Games investigates suspected cheating from yesterday’s qualifier.

Nolpenki, an all-Lithuanian Valorant squad, qualified for today’s WePlay Invitational – which is a part of the Valorant Ignition Series – after winning the second open qualifier yesterday, defeating Opportunists in the final. Nolpenki was scheduled to face G2 Esports in today’s tournament, but the match has been rescheduled for 11:00 PT (14:00 ET/ 19:00 BST) and G2’s opponent is now showing as ‘TBD’ [to be decided] rather than Nolpenki. The entire event was paused earlier in the day as the cheating allegation emerged, with Riot’s Vanguard anti-cheat team beginning to investigate.

While Nolpenki is no longer listed in the bracket, it is not believed to be the team that is being investigated for cheating. A source close to the event has told The Loadout that Nolpenki has not been accused as the cheater, but rather that it is another team from yesterday’s qualifier that the Lithuanians won.

The source says that the integrity of the qualifier is possibly compromised as the accused team will have knocked out other contenders. While Nolpenki has been removed for now, it’s not clear yet whether the team will be forced to replay any qualifier matches or will be reinstated into its original spot in the WePlay Invitational and face G2.

.@WePlayEsport Ignition Series will delay some games due to a suspicion of cheating being investigated by Riot Games.

Riot has made competitive integrity a top priority for Valorant’s blossoming esports scene, and with the Vanguard team being deployed and play forced to stop and reschedule, this is its first real incident of dealing with a serious cheating incident in an Ignition Series event.

The Loadout has also contacted WePlay for clarification over the unfolding events.