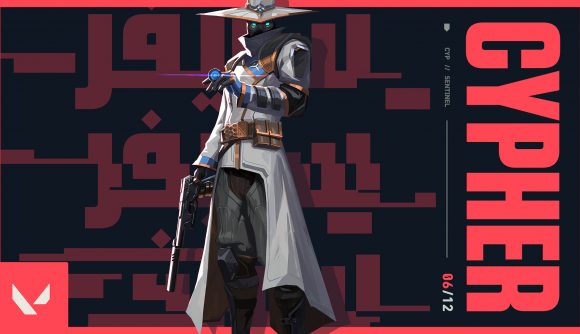 01/07/2021 Riot has told The Loadout the situation is being “assessed” and all VCT teams have been told that use of the bug is “prohibited”.

Drama is afoot in the Valorant Champions Tour (VCT) Stage 3 Open Qualifiers as Bref players believe a bug was used by Vodafone Giants to gain an unfair advantage in a 2-1 defeat.

During a match on Breeze, Giants’ Johan ‘Meddo’ Renbjörk Lundborg is seen placing a Cypher Spycam on top of a railing. In this spot, the attackers cannot see or destroy the cam, yet the defenders gain a full view of the A Site entrance – a viewpoint it should not be able to reach.

Bref player Tristan ‘Dawn92’ Bornet took to Reddit to vent his frustrations and posted multiple Twitch clips of the incident. After watching the VoDs, he claims that during this match, which Giants won 13-7, the exploit was used in six out of a possible 12 rounds. Consequently, Bref players claim that the extra information put its opponents at an unfair advantage and are now calling for Giants to be disqualified.

Dawn92 posted a screenshot of a conversation he had with a Riot Games tournament supervisor after reporting the bug. Under section 7.2.6 of the VCT rulebook, it states: “Intentionally using any in-game bug to seek an advantage is exploiting and is prohibited. Exploiting includes acts such as making use of any game function that, in the Tournament Operator’s sole judgement, is not functioning as intended and violates the design purpose of Valorant.”

However, the tournament supervisor says that the camera spot has been allowed up until now because the bug had not been listed.

Dawn92 argues that the bug, which can be seen in the Tweet above, isn’t on the list because Breeze is a new map. On top of that, he claims that a Team BDS player and former Fnatic player have reached out to him to say they knew of the camera spot but didn’t risk using it in a competitive game.

Journalist George Geddes from Upcomer has since reported that Giants players claim they were unaware of the exploit, its use was unintentional, and they have also reported the bug to Riot.

After being approached for comment by The Loadout, Riot says that “all teams participating in the qualifiers have been informed that the use of this bug is prohibited.”

It also says that “the situation with Vodafone Giants is currently being assessed.”