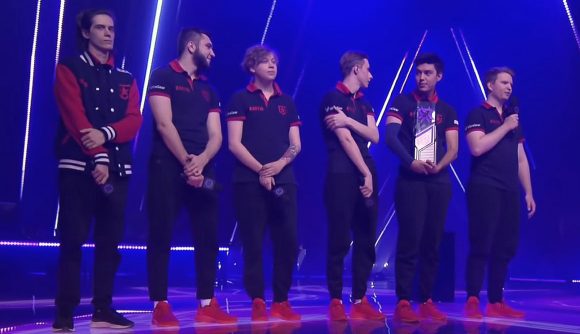 One of the top teams in Valorant esports, Gambit, has confirmed today that its Russian roster will continue to compete in the 2022 Valorant Champions Tour as an independent team.

Just a few days ago, Russia-based Gambit revealed that its Counter-Strike: Global Offensive roster would be competing as a neutral team in the ESL Pro League after ESL banned all organisations with ties to the Russian government due to the country’s invasion of Ukraine. While Riot Games has not imposed any similar, strict sanctions or bans on Russian organisations for its esports competitions, Gambit has opted to do the same with its Valorant roster. The quintet will now compete under the name M3 Champions or M3C, in reference to the team’s victory at last year’s VCT Stage 3 Masters victory in Berlin.

Due to the conflict in Ukraine, several VCT EMEA matches involving affected teams, such as Gambit, were postponed. Riot now confirms that from Wednesday onwards, those matches will be rescheduled in the “upcoming days” for the M3C players. Prior to the postponements, Gambit had a 1-1 record in Group A, and that record will carry over to MC3.

Gambit’s decision to let its roster to compete as neutrals without its branding, despite no official ruling from Riot regarding Russian teams as of yet, could suggest that such sanctions are on the way.