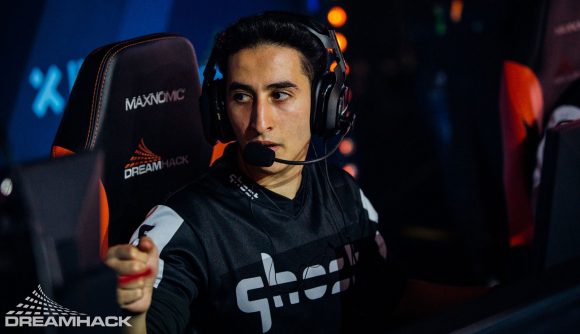 Team SoloMid came from behind to beat Sentinels in The FaZe Clan Invitational tournament in what might prove to be a watershed moment for Valorant as a major force on the esports stage. Close to 175,000 combined viewers tuned in, the highest viewership the Riot Games Ignition Series has ever pulled in.

Those near 175,000 viewers were treated to a spectacle across the five map series, as TSM fell behind before snatching victory in the final match. The win not only establishes TSM as the current top dogs, but also proves that Valorant has the potential to not only draw in big numbers, but keep them entertained as well.

TSM’s team for the win was comprised of Stephen ‘reltuC’ Cutler, James ‘hazed’ Cobb, Matthew ‘Wardell’ Yu, Yassine ‘Subroza’ Taoufik, and Taylor ‘drone’ Johnson, with Taylor ‘Tailored’ Broomhall as the coach. Wardell, especially, was the star of the last round, getting three out of five kills, including the all important final snipe, earning the team the  $25,000 championship prize.

This was the second time TSM and Sentinels had met in the tournament, and while TSM did win the original matchup 2-0, it had still been an incredibly close affair. In the final though, there was even less between the teams.

After the first four maps ended at 2-2, it all came down to Bind. Though the first half ended 7-5 to TSM, with four games to go it was 12-8 to Sentinels, just one win between them and glory. However, after four straight wins, TSM forced the game to overtime at 12-12, then won twice again to take home the crown at 14-12.

In what proved to be the final game, Sentinels looked set to square things up. Subroza and Drone were taken out early, but TSM fought back with Wardell taking out Shahzeeb ‘ShahZaM’ Khan as Hazed advanced towards elbow, dispatching Jared ‘zombs’ Gitlin and Michael ‘dapr’ Gulino to swing the momentum.

With just Jay ‘Sinatraa’ Won and Hunter ‘SicK’ Mimms left in the game, Wardell cleaned them out and secured a 14-12, 3-2 victory for TSM.

The Ignition Series began in June, aimed at helping shape the esports scene for the game. Though Riot Games had initially wanted to be more hands off with the esports development of Valorant, they instead chose to step in to give the scene a shot in the arm. By the time the series concludes, Riot plans to have taken the series to Brazil, Europe, Japan, Korea, Latin America, the Middle East, North America, Oceania, Russia, Southeast Asia, and Turkey.