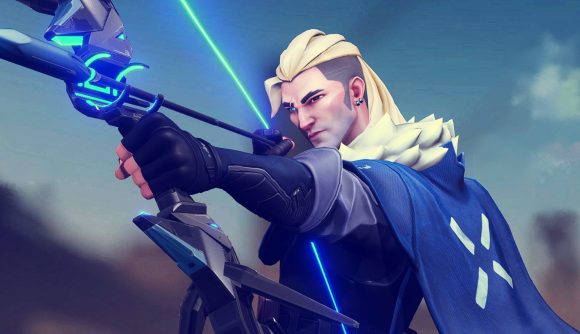 Teams.gg, an algorithmic matchmaking service which helps players find their ideal teammates and avoid toxic encounters, recently opened its doors to players of Riot’s tactical FPS game, Valorant. With many already taking advantage of what Teams.gg offers, there have been calls for the service to expand further to other multiplayer games.

Speaking to The Loadout, CEO and co-founder of Teams.gg, James Duffield, says that he’s hearing from players “all the time”. Duffield even notes that people were asking on Twitter for their favourite games to be considered during the launch of the site’s Valorant expansion a couple weeks back.

Duffield says the huge demand for Teams.gg to take root elsewhere “gets the cogs whirring”, so much so in fact that the three-man team behind the service are already planning its next phase. “We knew as we went into solving this problem [of finding the perfect teammates] that this needs to scale to all multiplayer games,” he says, “not just competitive games and esports.”

Duffield says that while a specific game hasn’t been chosen for the next major expansion, the team wants to tackle other genres – particularly MOBAs and battle royale games. Additionally, he cannot currently commit to a concrete timescale, with Valorant’s addition taking much of the past year to complete.

Looking for an Immortal DuoQ partner or a 5-stack to climb the ranks? This is for you.https://t.co/nNNSRnG7xZ

With that said, Duffield wants to at least ensure for now that members of Team.gg’s Counter-Strike: Global Offensive and Valorant communities have the best experiences possible – not only through the developers maintaining the service, but also through them adding further functionality in the future.

“We have some ideas about things that should exist that don’t yet that can help the teams that formed on Teams.gg organise their time better, play better together, and improve together,” Duffield says. “I would say the biggest thing that we’ve noticed is that once players have found their team that they play with regularly, they want to figure out who to play against.

“Currently there’s a large gap between playing through in-game matchmaking or pick-up games, and entering tournaments and entering leagues. There’s a big gap there that we think that we can fill.”

Teams.gg’s creators clearly have big ambitions for the service. And while we may not see further expansions for some time, it could eventually open new doors for players of games like League of Legends, Dota 2, and Apex Legends when it comes to finding new pals to play with – both casually and in a more competitive environment.