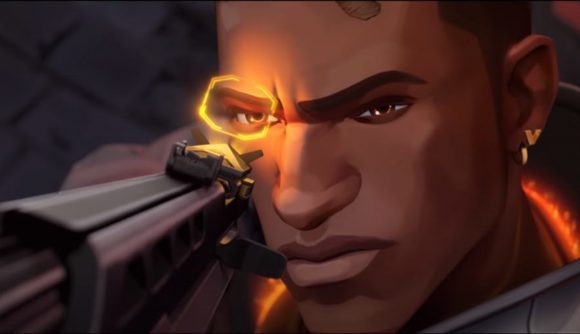 T1 has given its Valorant roster a considerable shakeup, dropping both Victor ‘food’ Wong and Austin ‘crashies’ Roberts. The change comes after T1 finished bottom of the group in Pop Flash, the final North American Valorant Ignition Series event of the season.

T1 lost both games at Pop Flash, going down 2-0 to Immortals in the opening match and 2-1 to Team Envy in the elimination match. The only team in the group T1 did not play was Sentinels, but considering Sentinels ran out the overall winners  – which was also its third consecutive appearance in an Ingintion Series final – T1 can probably consider itself lucky to have avoided that matchup.

T1’s bottom of the group finish also included a -22 round deficit, the lowest in the tournament. The team has fallen hard since finishing second in the Ignition event they hosted back in June, and is clearly looking to freshen things up as the team moves forwards.

In a short statement on Twitter, T1 thanked both players, saying “Today we say goodbye to food and crashies. We’re thankful for all the work they put into the team and wish them the best for the future.”

We're thankful for all the work they put into the team and wish them the best for the future. pic.twitter.com/gHX5CORJDi

The pair both responded with short statements of their own, each thanking the team.

Thanks @T1 for everything you guys have done for me.

Thank you @T1 for the amazing opportunity! Very hard to step down but felt like it was needed with the way the team was headed. Wishing everyone the best and thank you again @JoeMar @T1Wonjoon https://t.co/cjk0V1dTM0

food offered more details on Twitch, where he discussed the decision and said he and crashies “disagreed with how the team should move forward,” and that the team “had issues, given the results.”

It seems like the departure is on fairly amicable terms, but cutting two players at once is always big news, and signals that T1 is looking to make substantial changes to secure future success in Valorant.