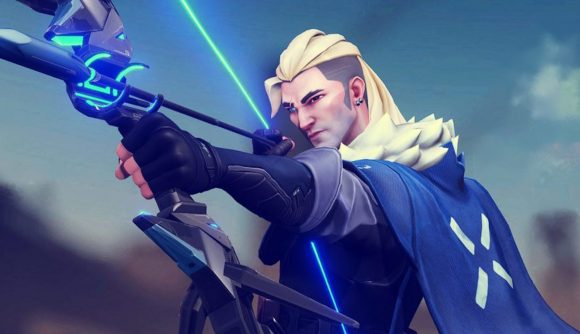 If you play a lot of videogames online, it’s probably crossed your mind that you must have played with a major streamer at least once or twice. It’s just the law of averages, right? Now, thanks to a new tool for Valorant, you no longer need to speculate: you’ll be able to check it out for yourself.

Posting on the Valorant subreddit, the team behind VODsearch.tv advertised the tool, which simply involves you typing in your in-game name. Once you click search, the engine combs through stream footage and lets you know if you’ve ever crossed paths with any streamers, posting the videos there for you to rewatch.

No login is required, meaning you can search for your friends, or even check if any of your favourite streamers have ever crossed paths with each other. The tool is currently still in beta, with the team looking for ways to improve the service going forward, but it seems like a tool which will become very popular before too long.

As well as letting you rewatch the matches with streamers, it also bookmarks interesting moments, meaning you can also jump to any times the streamer killed you, or you killed them. Who knows, maybe the last time you were wasted by Killjoy, it was Michael ‘Shroud’ Grzesiek behind the trigger?

For now this bookmarking service is limited to kills, but the team has said it “hopes to add more events soon”. All views from the website also count directly on Twitch as stream views, so the tool may also be able to help grow audiences for streamers too.

A version of the service from VODsearch was previously available for Fortnite, but was less sophisticated. This move to Valorant indicates that the team might be looking to expand further. Maybe one day they’ll get to Fall Guys, and we’ll see who the hapless 59 jellybeans were who perished so Tim ‘TimTheTatman‘ Betar could finally win a crown. For their sake though, it’s probably best that remains a secret.