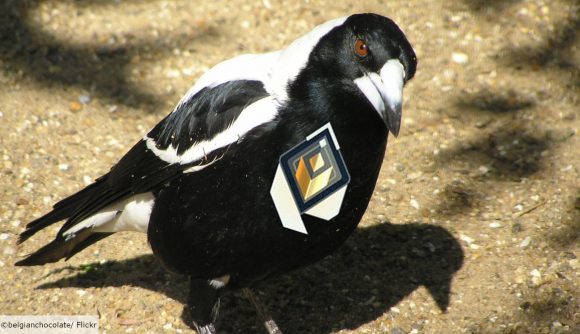 There’s plenty of lethal animals that spring to mind when someone mentions Australia. Snakes, spiders, sharks, jellyfish, gun-touting wombats – OK so we made the last one up. But one you don’t think of is the humble magpie. Well, this Aussie Twitch streamer got up close and personal with one during a livestream and, to be honest, came off worst.

‘Lynchy_au’ is streaming some Valorant, when all of a sudden a wild magpie flies into his dining room. In true Aussie fashion, Lynchy does not act all that surprised or concerned for the animal but rather shouts at it to “get out of here.”

He then returns to his setup to see out the crucial round of Valorant, seemingly unbothered by the bird, only for it to fly directly into his face, knocking down his camera and scatting his headset clean off. A stunned but laughing Lynchy continues to see out his round of Valorant like a true dedicated gamer.

Then ensues around two to three minutes of hilarity, with Lynchy attempting to coax the bird out of his kitchen to fly back outside by clapping and whistling at it, while his teammates howl with laughter after seeing the clip of the bird smashing into his face.

This includes the streamer screaming at the magpie “get out of the fucking window you idiot” and “aren’t you meant to be a smart bird?”

He eventually ushers the magpie out. Both Lynchy and the bird appeared unharmed but were certainly not expecting each other’s company in that moment.

So if you’re lucky enough to visit the fine nation that is Australia, remember to watch for spiders, snakes, and one-tapping magpies. He’ll be Radiant in ranked Valorant in no time.