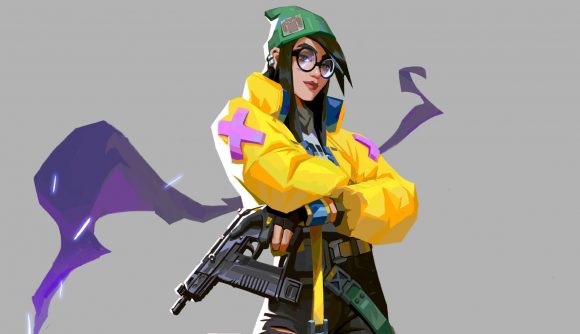 Following the news that Riot Games has targeted bussers – players who knowingly queue up with cheaters to try and avoid being banned while climbing the Valorant ranks – in a fresh ban wave, professional player Sophia ‘Slaze’ Ramirez is now facing a competitive ban for allegedly doing just that.

According to Riot’s competitive ruling, Slaze “was found to have repeatedly queued together into competitive with cheaters,” despite warnings from the FPS game’s cheater detection system. Over a 28-day period, Riot says Slaze gained 77% of her competitive MMR while duo-queued with a cheater – constituting 60% of her Competitive matches.

As a result of her transgressions, Slaze faces a three-month ban from “any association or affiliation with a team in a Riot-sanctioned competition.” This also means that Slaze will not be able to compete with current Valorant Champions Tour Game Changers team Polaris in the Series 3 Main Event this weekend.

Slaze has since responded in a Twitlonger post, claiming that Riot’s accusations are false, and that this was instead a targeted ban brought about by someone who disliked her, and had connections at the studio.

“I have nothing to do with this shit,” she says, “because it stems from someone not liking me and reporting me, and they have friends at Riot that can get me banned.” Slaze further claims that the person supposedly targeting her comes from within Riot’s anti-cheat division.

Regardless of the circumstances surrounding Slaze’s ban, it serves a huge blow to Polaris as it heads into its tie against Gen.G Black later today.