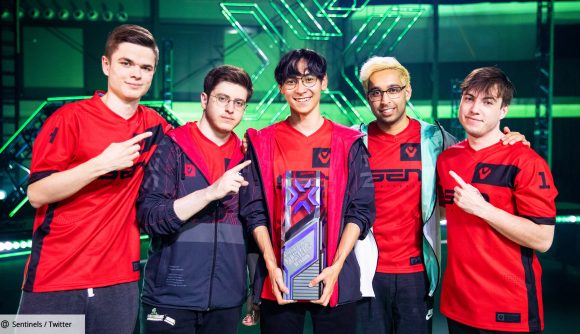 Sentinels has announced that, following its Valorant Champions Tour Masters 2 Reykjavik victory, Cloud9 loanee Tyson ‘TenZ’ Ngo will become a permanent member of its roster. The team confirmed the news via Twitter.

According to Upcomer, Cloud9 had originally loaned TenZ to Sentinels for $250,000 back in March, following the suspension of Jay ‘Sinatraa’ Wong as the result of a currently ongoing sexual abuse investigation. The agreement was originally set to last until the end of May.

However, as was confirmed in a Reddit post by Cloud9 CEO Jack Etienne, a deal to sell TenZ to Sentinels was made even before the VCT Masters in Iceland began. “It was important for Tyson to play and I wanted to make it happen for him,” Etienne says. Upcomer reports that Sentinels paid $1.25 million to buy out TenZ from his Cloud9 contract.

TenZ had a monstrous showing at VCT Masters Reykjavik. According to vlr.gg, the duelist specialist secured the top spots for both Average Combat Score (289.4) and KD (1.48), beating out Team Liquid’s Adil ‘ScreaM’ Benrlitom and Fnatic’s Nikita ‘Derke’ Sirmitev who both had stellar performances at the event. However, it is clear that, right now, TenZ is sitting comfortably at the top of the Valorant world.

Bringing this with us to the Nearest Airport🏆 pic.twitter.com/M2zuDqaB8N

Despite having a spot at VCT Champions locked in, this Sentinels side surely won’t rest on its laurels. With TenZ now a permanent fixture, we will soon see just how much more the team can grow.