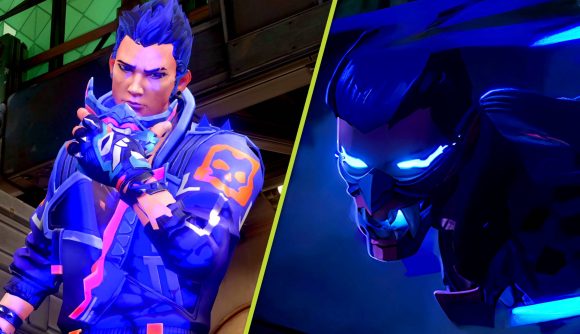 Valorant Episode 4 Act 2 has just started and Riot Games has finally released the long-awaited Yoru rework through patch 4.04. However, if you’re a Yoru main looking to jump into ranked play and show off your new and improved agent, we have some bad news for you. Yoru has been disabled from Valorant’s competitive queue until further notice – this comes just a couple of hours after his rework was released.

Roughly two and a half hours after Episode 4 Act 2 had started, Valorant announced that Yoru was being temporarily disabled in the competitive queue, citing his Dimensional Drift ability as the main issue. For players excited to climb the Valorant ranks with Yoru, they’ll be sorely disappointed.

What is the issue with Yoru and Dimensional Drift, though? Well, it’s hard to say. Riot Games hasn’t specified what exactly is causing a problem. Valorant players, however, are already taking to social media to share their experiences and the exploits they’ve found in-game.

Bryan ‘Merc’ Wrzek, a professional Siege player for TSM who dabbles in Valorant, has shared a clip of him planting the bomb while using Yoru’s Dimensional Rift. While using this ability, Yoru is invincible and it’s clear to see why this exploit would make defending a nightmare. There’s no way to interrupt Yoru’s planting at all.

There's no way this is real…. u can plant while in the yoru ult pic.twitter.com/v4sJVVKxso

Players are assuming this is the exploit that has led to Riot disabling him in competitive, and there are expectations that it will be resolved quickly. However, this is only one of a number of other bugs and exploits being shared.

With one player finding themselves clipping through the map while using Yoru’s Dimensional Drift and another finding an exploit to skip Yoru’s animation while leaving it, it’s clear that there are some bugs that need squashing.

With Yoru out of action for a little while, fans of the agent are going to need an alternative. If you’re looking for someone else to jump into Competitive with, why not check out our Valorant tier list here.