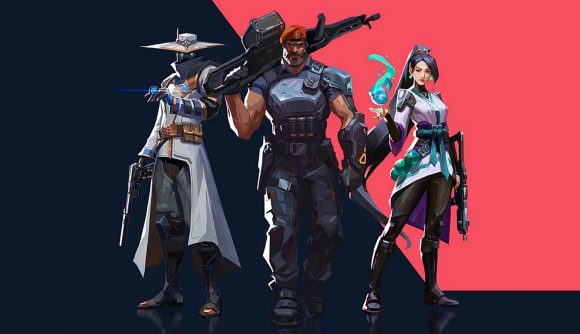 Joe Ziegler, the game director for Valorant, has revealed that the agent shooter is planning to overhaul the current Valorant ranked system for the game. No definitive timescale nor concrete changes have been revealed as of yet, but it’s clear Valorant is looking to tinker with how competitive gameplay works right now.

On Twitter, Ziegler writes “on the design side we are currently analyzing the ranking system top to bottom. We’re looking into changes that will improve many aspects of competitive, but have not committed to any solutions yet.” He also thanked players for their feedback so far.

Valorant has been constantly refining its ranked system since the original beta phases, using player feedback to shape how the system looks today. After using ranked mode during the beta, it was pulled at launch, before being reintroduced a few weeks later after some retooling. It’s clearly something Riot Games has identified as an area of the game which may be subject to on going changes.

In fact, during launch patch notes, the game’s senior producer Ian Fielding even wrote “it’s worth saying that this ranked system is a living work in progress, so don’t stop your comments. Expect us to continue to make improvements based on your feedback.”

Fielding also added that players should “expect to hear more on this topic throughout 2020,” and Ziegler’s recent Tweet is further confirmation that a fairly large change could be in the offing.

Hey everyone, on the design side we are currently analyzing the ranking system top to bottom. We’re looking into changes that will improve many aspects of competitive, but have not committed to any solutions yet. Thanks to everyone for their feedback!

There are currently eight tiers to Valorant’s ranking system, from Iron and Radiant, which was initially named Valorant. All tiers except Radiant have three sub-ranks within them, with rank one the lowest and rank three the highest. That means, not counting unranked, there are 22 ranks in Riot Games’ tactical shooter right now, but all that could change in the future.