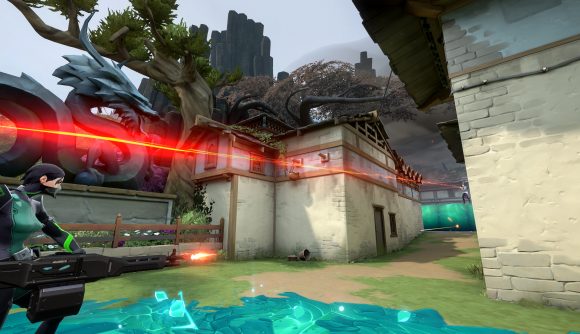 Two upcoming Valorant pros have been banned from Valorant following cheating allegations. The players Phox and Weak have both been banned from competing on the Valorant scene by Riot Games, however the former claimed to be just taking a break.

Phox posted a TwitLonger which says that the player was taking a break from Valorant because of mental health reasons. He claims that taking this break is good for his health and for his degree and thanks the people who supported him on his journey.

On the Twitter post, however, it was revealed that this wasn’t the true reasoning for his departure from the scene. A Riot employee, Matt Paoletti replied, calling the player out for cheating. “If you come back, please don’t cheat next time” the anti-cheat specialist responded, exposing Phox’s true reasoning.

Phox then made another statement on the matter confirming that he had been cheating in Valorant. He calls himself a “compulsive cheater”, saying he has always used cheats in many of the game he has played in the past, and that he also has a “problem with losing”. n his second statement he also says that he can’t really apologise because “I knew what I was doing and I didn’t stop”.

If you come back, please don't cheat next time.

The other banned player Weak also made a quick statement on the matter, clarifying that none of the players’ teammates knew about the cheating and that it was them acting alone. TSM’s Mack “MackWood” Aesoph responded to this statement with a screenshot of Weak claiming him and Phox are two of “the best players to touch this game”. Weak’s original tweet seems to be in direct support of Phox’s first statement claiming that he needed a break.

You are such a clown IM DONE LOL pic.twitter.com/FQUzoWyQsi

Both players have been banned from Valorant and are unlikely to ever be seen on the scene again. Their team Echo 8 will continue to compete without them in the upcoming PAX Area Invitational which is part of Valorant’s Ignition Series of events.