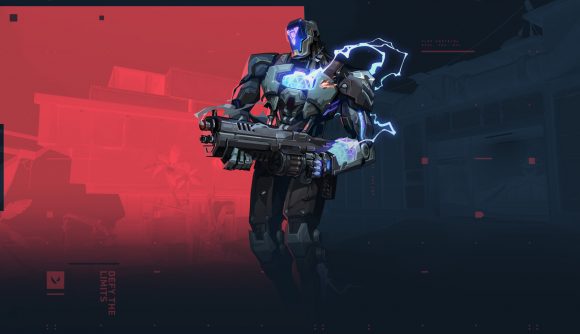 Valorant Patch 3.0 has dropped, and it’s a big one. Usually we get a small balance to one of the agents in our Valorant tier list or a slight shuffle of the Valorant ranked system. But today, Riot Games has provided us with over 3,000 words of updates, courtesy of comms associate Jeff Landa.

We already knew it was going to be a big patch when the introduction mentioned that Riot has “taken a pass at the entire economy of the game.” As well as changing the prices of a host of weapons, there have been major changes to bullet tagging and weapon deadzones that will impact the way you play. We warned you that these Valorant patch notes were big.

Agents haven’t got off the hook, either. Valorant Patch 3.0 has implemented a blanket change to abilities, which now only provide a minimum of one charge per round, rather than stacking an additional charge each time. Riot hopes that the changes will “allow players to create more dynamic, varied loadouts and strategies,” but here are our highlights from the Valorant patch notes to show you what’s really changing.

As we mentioned earlier, bullet tagging – that’s the slowing effect when you’re hit – has changed from 75% to 72.5%. This means that you’re slowed a little less when you’ve been hit. Weapon deadzones have also been changed across the board, meaning that you become inaccurate at 27.5% speed rather than 30%. Players will have to slow down a little bit more before letting loose incredibly accurate shots.

Weapons have been vastly reworked, as well as the prices decreasing for the Frenzy, Bulldog, Shorty, Stinger, Bucky, Marshal, Ares, and Operator. The only weapon increasing in price is the Judge, which has a small buff to its damage falloff at 10m and 15m.

There are more interesting changes to the Valorant ranks, including improvements to your rank accuracy, the kill feed, and increasing the value of good individual performances.

“Matchmaking accuracy will improve across all ranks,” the Valorant patch notes say. “Which should lead to a smoother ranked climb and reduce how hard you may swing up and down in rank.”

Riot confirms that it wants winning games to be the most valuable aspect of rising through the ranks, but is also working to demotivate players to play on different accounts. Close games will also have a smaller effect on your rank rating.

There’s a lot to take in, but you can read the full Valorant patch notes for 3.0 on the Riot blog.