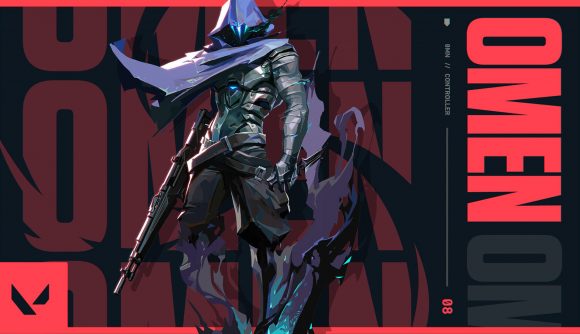 Another Valorant update cycle has passed, and now we are here at patch 3.04. The tactical FPS game’s latest patch is chock full of bug fixes and quality of life updates, as well as a fix for Omen’s Dark Cover, which had decided to go travelling in weird and wonderful ways.

Indeed, for whatever reason, Dark Cover would sometimes settle in an unintended spot, slightly off-kilter from where it was supposed to find its home. Riot says this is now fixed, and while players “may notice a slight change in how the smoke behaves while travelling and settling,” it will now settle down exactly where the targeting preview shows it will.

If you’ve ever wanted to check for packet loss and RAM usage while playing Valorant, Riot has now added these extra stats, as well as “support for showing both average and max values for some stats.” This probably means you can test your FPS range now – y’know, to make sure it’s optimal for climbing the Valorant ranks.

The esports viewing experience is also set to get some further improvements this patch – but more so for observers than viewers. Tweaks like observers now correctly seeing whatever utility Cypher has equipped in his hand, and Viper’s pit now displaying correctly on their minimap are neat quality of life updates that will make their jobs easier.

For those who like to preview items in the store before spending their hard-earned VP, the model viewer has had its own quality of life update. Weapons can now be previewed “in their full glory”, so players can now see “guns with all of their various parts and effects properly.”

For this round of bug fixes, the usual types of oddities have been patched up. For example, abilities can no longer be affixed to Cypher’s Cyber Cage projectile mid-air while it’s being thrown. Meanwhile, an interaction that caused the attackers to win if all living players died at the same time (like from a Raze Showstopped) has been fixed. In this instance, the defending team will now win, as they technically prevented the attackers from planting the spike.

You can check out the full patch notes right here.