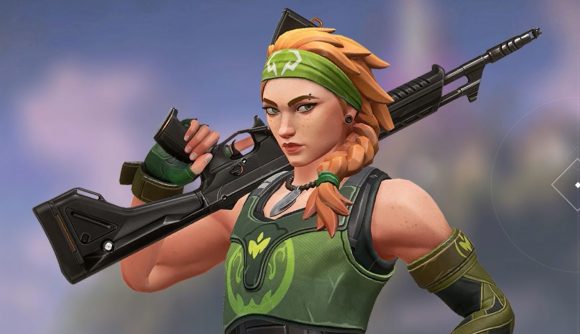 Valorant patch 1.11 is now upon us and has brought with it the highly anticipated new agent Skye, along with changes to other agents, game modes, and much more. In this patch, all of Valorant’s Sentinels and Initiators are getting role and ability-specific tuning with the upcoming First Strike qualifiers in mind.

The introduction of Skye comes just in time for her to enter tournament rotation before the First Strike qualifiers on November 9, meaning you may see her in play during the upcoming tournament. Patch 1.11 also pulls the Icebox map out of unrated and into competitive map rotation, though it won’t be available for tournament use until November 24.

A left-handed view model that allows your agent to swap from right to left-handed in first-person play has also come with the new patch. This feature has been highly requested by fans for some time now to help make the game more accessible to a broader audience.

Play Out All Rounds makes it easier to run practice sessions. When enabled the game will no longer end when a team reaches 13 wins; instead the match will continue until both teams have played a full half of 12 rounds on each side. After 24 rounds the team with more rounds will win. In the case of a tie the game will proceed to overtime (dependent on the Overtime option selected in the lobby screen).