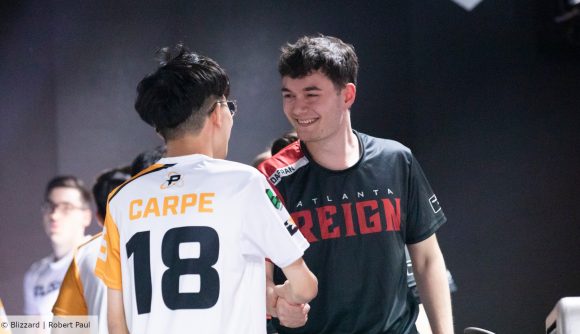 Former Overwatch League player Daniel ‘Dafran’ Francesca may be about to make one of the esports and streaming world’s biggest career switches – if his latest tweet is to be believed.

The Dane, who no longer plays competitive Overwatch but is still a streamer for Atlanta Reign, was one of Valorant’s most promising-looking players during its beta period. His streams of both Overwatch and Riot’s new first-person shooter have recently attracted anywhere between 5,000 and 10,000 viewers. However, on June 2, the same day as Valorant’s full release worldwide, Dafran posted a Twitlonger claiming he’s going to be taking a break from full time streaming. Why? So he can learn about “growing fruits and vegetables.”

“My friends! From the bottom of my heart, thanks for all the incredible years and unforgettable memories,” Dafran says. “It is time for a new chapter in my life. I am going to be starting an education that has to do with growing fruits, vegetables, etc. The biggest two reasons why I am doing this: 1. We only have 1 life to live, do what makes you happy

2. I have already spent 1/3 of my life in front of the computer. I am not going to stream regularly anymore. This is not the end completely though, I will still stream for fun but rarely.”

Despite his obvious talent in Valorant, Dafran – who was no stranger to controversy in his Overwatch days – has already landed himself a “lifetime ban” from any future Valorant tournaments held by French esports organisation Solary after a foul-mouthed rant. He also served a seven day Twitch suspension for criticising the organisation and Damien ‘HyP’ Souville.

In his most recent stream on May 28, he also slammed Valorant’s “shit” ranking system, claiming it was far too easy to reach the top rank and that there was no real challenge for a top competitive player.

With Dafran’s past, there is a strong chance that this is all a wind up. However, his bad reputation in the Valorant scene already might have triggered him to make this decision and leave the world of competitive games behind for good.