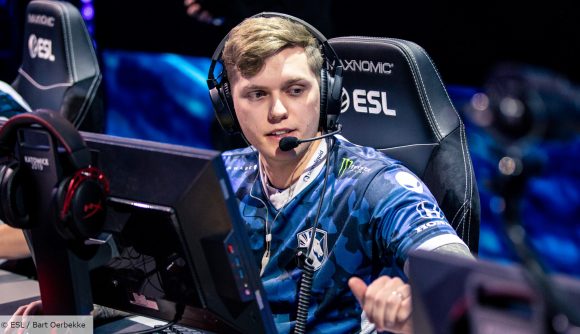 Nicholas ‘nitr0’ Cannella will soon be making the switch from Counter-Strike: Global Offensive to Valorant, if ESPN’s sources are to be believed. nitr0 recently left Team Liquid after helping guide them to the Intel Grand Slam in 2019.

According to ESPN, nitr0’s future Valorant team is still undecided, with “multiple pro teams in North America” currently vying for his signature. Though he would not be the first CS:GO pro to make the switch to the Valorant pro scene, he would be by far the biggest name to do so. After the recent Riot Games Ignition Series pulled in Valorant’s highest viewership figures ever, the esports scene around the game is on the grow. Having a star like nitr0 on board would be a huge get.

On his personal Twitch channel, he does often stream Valorant, so Liquid’s former in-game leader seems well positioned to join the scene just as it’s picking up momentum. Whoever lands him would surely look for him to replicate his CS:GO success once more.

While Team Liquid do have their own Valorant team, they are European based, and nitr0 has said multiple times previously that he would only want to play for a North American team, much like Liquid’s CS:GO unit. That still leaves the likes of Team SoloMid, FaZe Clan, T1, and many more great teams in the region who could be interested in securing nitr0’s services.

However, these (and practically every other NA Valorant team) have a full, five person roster already. The only notable exception is Cloud9, who currently only has four. Perhaps they’ll seek to tie up that fifth spot with nitr0.

Spencer ‘Hiko’ Martin, Tyler ‘Skadoodle’ Latham and Adil ‘ScreaM’ Benrlitom have each proven in the past that the leap from CS:GO to Valorant is possible, and nitr0 will likely relish the fresh challenge after conquering the CS:GO scene.

Team Liquid has moved quickly in nitr0’s absence, replacing him with 19 year old newcomer Michael ‘Grim’ Wince. They’ve also hired Jason ‘Moses’ O’Toole as their new head coach as they attempt to restructure their organisation while maintaining their dominance.