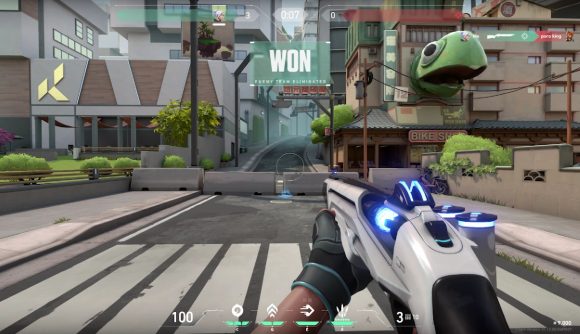 Valorant’s slick-as-heck Ion skin line drops tomorrow, and it’s looking like one of the game’s most aesthetically-pleasing designs to date. The game’s art lead, Sean Marino, says that the intention was to create “a very classic far-future sci-fi” look that was more hopeful than post-apocalyptic.

Each new level brings fresh visual changes to the design, but instead of evolving over time, your guns will revert to an almost prototypical state. You’ll gradually reveal more of the inner workings of each weapon, including the energy orb mechanism that powers them. Marino describes it as being “kind of like how high-end gaming PCs are designed in a way to show off their inner-core parts.”

Level one brings a model change and custom reticule, level two gets you custom muzzle flash and tracer effects plus a new firing sound, and level 3 reveals the full internal workings of the weapon, serves up a custom reload animation, equip animation, and more. Beyond that, you get the usual finisher, kill banner, and variants with their own VFX.

The Phantom, Sheriff, and Bucky skins can be purchased individually for 1,775 VP, while the Melee skin is going for a more substantial 3.550 VP. If you like the look of them all, it might make sense to splash out and pay 7,100 VP for the full bundle. 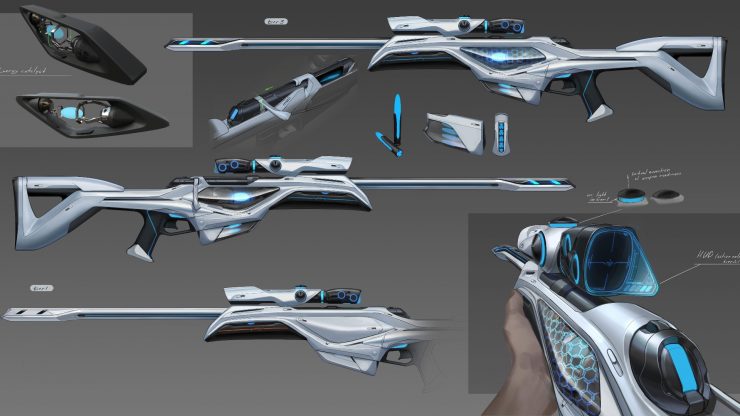 The Ion skin line follows the return of the decidedly edgier Reaver skins. They made their first appearance during Valorant’s closed beta, but were then removed to give Riot a chance to hone their look and make sure that they wouldn’t be a distraction during gameplay.