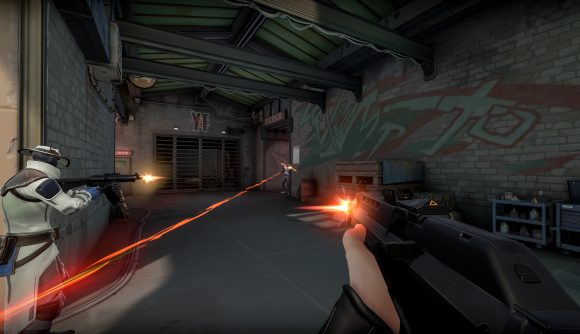 Valorant is a true team-based tactical shooter, but it still suffers from the same problems as many other online games out there. In recent weeks, a number of cases of harassment and toxicity have been highlighted by streamers and developers, and it’s something that doesn’t sit right with Valorant’s executive producer, Anna Donlon.

Donlon previously made a commitment to finding “long-term solutions” for these problems, but today, she’s doubled down on that commitment. Finding these solutions is now a priority for the game’s team and Donlon will continue to invest the necessary resources to make this happen.

“I’ll be super real here: harassment and bullying in games is not a status quo I’m comfortable accepting,” Donlon says in the latest Valorant blog. “I replied to a colleague’s tweet last month about my fears of solo-queuing, a problem I’ve had for many years of multiplayer gaming. And I’m not alone. We’ve learned to mute others who are harassing us. We’ve learned to mute ourselves in order to keep the peace. And as a result, we have a competitive experience that can feel compromised. We often find ourselves at a disadvantage.

“I worry that if we (Riot) don’t make a larger commitment here, we’ll end up following up with very little, or we’ll stop at providing ‘tools’ to self-isolate, rather than promoting a fair, competitive experience for everyone. So I’m going to make that commitment.”

So far Riot has already established a Central Player Dynamics team to help understand what promotes fair team play, but the publisher is also going to publish a code of conduct for the game soon to set “baseline expectations” on how it can build and punish the community as the game grows. While this doesn’t mean players will be banned for being passionate about a win or a loss in Valorant’s ranked mode, it does mean players who harass and intimidate others might be.

“This is a very hard space to take on. I can’t solve society, and some of these issues are really, really deeply entrenched,” Donlon adds. “But what I can say is that Riot takes this seriously.”