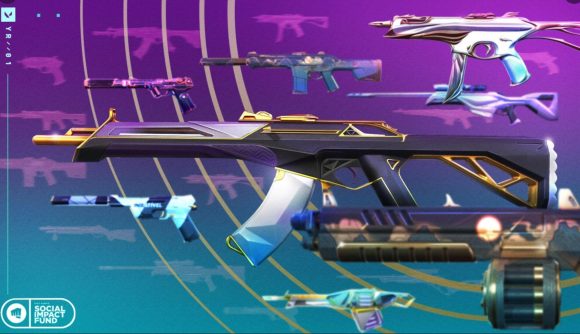 More than $5.5 million is on its way to good causes through the Riot Games Social Impact Fund following a successful charity Valorant skins bundle sale in-game.

Riot Games announced the results of the Give Back Bundle, which was available to purchase from June 22 – July 8, today. This bundle gave players the chance to pick up the fan favourite skins: the Ion Operator, the Reaver Sheriff, the Reaver Vandal, and the Valorant Go! Vol. 1 Spectre, for 1,755 Valorant Points – that’s about $20 per skin. The entire bundle was put on sale for 6,382 Valorant Points, which is equivalent to about $60.

50% of the proceeds from the weapon skins sold and 100% of the accessories have been put towards the Riot Games Social Impact Fund, which is a philanthropic venture fund set up to make donations to global organisations looking to solve some of the world’s biggest issues.

“We can’t thank you enough for supporting the Give Back Bundle by casting your votes and expanding your weapon cache for a good cause,” Jimmy ‘Shiningbandito’ Hahn says in the latest Valorant blog.

“We look forward to partnering with you again to support local non-profits with the Riot Games Social Impact Fund and be agents of change in your communities.”